SINGAPORE - Actress Jin Yinji fainted in the toilet and was later hospitalised for inflammation of the colon, after taking laxatives in a bid to lose weight.

The 73-year-old spent two days in hospital earlier this month, she disclosed in an interview with Chinese evening daily Lianhe Wanbao published on Thursday (July 18).

After filming, she went home and took laxatives, thinking that it would help purge the greasy dish from her body.

She said: "In the afternoon, my stomach began to hurt unbearably. I couldn't pass motion and broke out in cold sweat. Then, I fainted in the toilet and when I came to, I had to ask my maid to come and save me."

When she next attempted to move her bowels, she passed blood instead and immediately sought medical help. She told the paper she was hospitalised for two days and diagnosed with an inflammation of the colon. 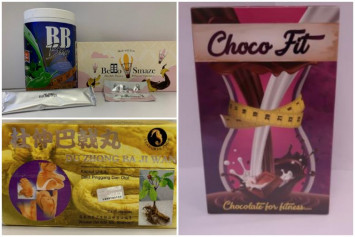 Jin says she tried the laxative method to lose weight when she was younger with no issues and assumed that she would have no problems trying it again.

She says: "I don't dare to try losing weight anymore. I really don't.

"My grandson was even crying when he saw me in a cold sweat. He was saying: 'Nai nai (Chinese for granny), what if you can't act anymore?"

Jin, a former Mediacorp actress, has been acting in Singapore for over 30 years. The veteran, who won her first Top 10 Most Popular Female Artist award at Star Awards last year, has no plans to retire.

She told the evening daily: "I enjoy acting and remembering lines. It keeps my brain working and I won't be senile."