Episode 5 of Loki has been a treasure cove of easter eggs linking to the wider Marvel Cinematic Universe and Marvel Comics world, as well as real-life conspiracy theories and urban myths.

Whilst there are plenty of easter eggs to divulge, there are two particular eggs that stood out as they could potentially link to The Fantastic Four.

DISCLAIMER: Be warned that heavy spoilers lie ahead!

Now, before you go a little nuts. we want to highlight that it’s very likely that both are great nods to Marvel’s First Family, but not anything direct.

Fans have been asking for a proper Fantastic Four movie, and after multiple teases and theories, like how WandaVision could introduce the team of superheroes, to the very curious Marvel Phase 4 logo in the sizzle reel, it looks like the recent episode of Loki is adding some fuel to the flame.

The first possible link is the destroyed Stark Tower that can be seen roughly three minutes into the episode. However, the ever so famous ‘Stark’ name has been replaced by ‘Qeng’.

Qeng Enterprises, as fans of the comics would know, is a company that actually bought Avengers Tower from Stark Industries. It’s also, and this is where things get interesting, owned by a man named Mister Gryphon. 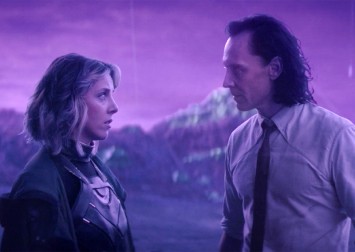 Mister Gryphon is a version of a man named Nathaniel Richards, who is, drumroll please, one of several different versions of Kang the Conqueror that were created due to a big glitch in the timeline. A variant if you will.

So who is Nathaniel Richards? None other than the father of Reed Richards, the leader of the Fantastic Four. Of course, this could be a variant (aren’t they all), but the reference of Qeng is the first actual instance of a definitive reference to the Fantastic Four… even if it is a stretch.

Of course, this could just be Marvel pregaming for Kang the Conqueror’s arrival in the upcoming Ant-Man and The Wasp: Quantumania movie, starring Lovecraft Country‘s Jonathan Majors as the time-traveling villain, but why not dream big?

Kang the Conqueror has gone on to be one of the Avengers’ main enemies and a frequent antagonist for the Marvel Universe itself having come into conflict with a multitude of heroes since his 1963 debut, but he was originally created as a Fantastic Four villain.

Maybe Marvel is working their way around an eventual Fantastic Four debut, but would like to set up the big bad wolf first? After all, we won’t be surprised if the person behind the TVA turns out to be Kang the Conqueror himself, even though Majors has indicated that he is not appearing in Loki.

The second link lays up above in the sky, a dark cloud looming over our beloved Loki variants and all those who get thrown into The Void – you guessed it, Alioth.

Alioth isn’t an entirely new character made up for the series. In the comics, Alioth is a trans-temporal entity, existing across divergent timelines as an enormous cloud destroying all it touches, causing a massive temporal disturbance, and devastation across entire dimensions.

Attempts to travel through Alioth usually result in absorption into its mass (Rest in Peace Classic Loki).

The Loki variants have very cleverly identified the gigantic cloud as Alioth and whilst they spent the first half of the episode avoiding its path, Sylvie came up with the idea that maybe Alioth isn’t what it seems.

That maybe Alioth isn’t the big bad wolf, but it’s just a guard dog to someone bigger, to the person who created the TVA. 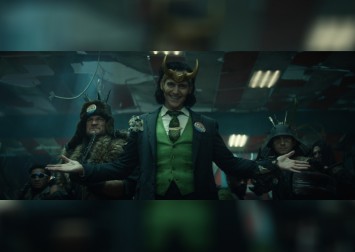 So let’s entertain another idea that could potentially link to The Fantastic Four. What if this Alioth isn’t the real Alioth. What if it was instead another powerful cloud entity seen in an earlier Marvel movie, say Fantastic Four: Rise of the Silver Surfer?

In Fantastic Four: Rise of the Silver Surfer, Galactus was depicted as a giant cloud entity. Whilst fans weren’t a fan of the depiction, Loki could just be a way to make up for the poor depiction of Galactus, with a Galactus variant that is all-compassing and more threatening.

Loki has regularly poked fun at past Marvel mistakes – like the Thanos Copter for example – so what if Alioth is actually a variant of Galactus that fans never got to see? Whether or not there are more to these signs and if a Fantastic Four movie is in the works remains to be seen. In any case, it’s a nice nod on how to depict a cloud monster correctly.

Hopefully, all will be answered when the series finale airs next Wednesday on Disney+.