Lorde has been feeling lonely amid the Covid-19 pandemic.

The Solar Power singer has opened up about how she has been finding this year in her newsletter, calling it "a real f****** head spinner" and admitting 2021 has been challenging in "unexpected ways."

The 24-year-old singer wrote in her Solar Power Institute Bulletin: "The pandemic has continued to make things difficult, lonely, or dangerous for absolutely everyone in varying degrees, but outside of that, 2021 has been tough in completely unexpected ways."

The Royals hitmaker explained her unease at being away from her native New Zealand as they battle against the coronavirus, and it's made her feel "isolated."

She added: "Being away from home at a time where the country's struggling to contain the virus, feeling isolated from friends and loved ones there. Looking out at the country I'm in and feeling estranged from so much. of what I see, and knowing it feels as estranged from me."

She told fans about how she has been "questioning what [she's] doing and why, all the time, on an unprecedented level."

In the email, Lorde revealed she is now residing in New York City, and gushed about her love for exploring the urban jungle on foot because she can see "an interesting cross-section of multiple neighbourhoods." 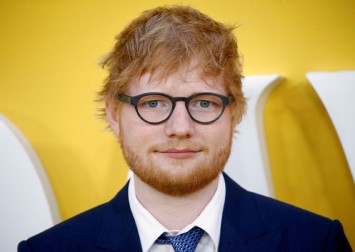 As well as the living situation update, the Green Light singer reflected on her "decision to step back from social media", such as Instagram, saying it was "something I've really questioned during this time."

The two-time Grammy winner added: "I was so sure skipping the negatives (compulsive time-wasting, IV drip of dread, satisfying but hollow validation loop) would outweigh missing out on the positives (feeling like part of a community, hearing your sweet words, hitting you back). But I've really, really missed you."

Meanwhile, she admitted that not getting to perform live has "probably" added to her feelings of loneliness.

She said: "Normally I'd be doing festivals and shows already, pinging around the world and touching your faces, so that probably contributes to the loneliness a little bit."