Love or obsession? Ex-stalker fan of K-pop idol reveals why it is not worth it

Waiting outside their houses, chasing their cars and catching the same flights as idols are all in a day's work for these fans.

Stalker-fans, or known commonly as sasaeng fans (or 'private-life' fans in Korean), have always been a pest in the K-pop community.

Known for their disruptive tendencies, the behaviours of these fans have been cast into the spotlight again after they tried to call BTS member Jungkook on his phone during a live stream last week.

So what drives these fans to commit these bizarre acts?

With idol culture becoming a big phenomenon in the region, K-pop has seen a resurgence in popularity. Many K-pop fans find themselves enchanted by the catchy music and captivating looks of these K-pop idols.

Though fans may first get infatuated with the idol, some may find themselves on a slippery slope towards obsession.

Recently, an ex-sasaeng revealed all about the life of a stalker-fan in an anonymous interview with Youtube channel, Korea Scouter TV.

She shared that she had not intended to become a sasaeng, and was not even interested in K-pop music in the first place.

But a chance encounter with a fan-taken video of a popular idol made her fall in love with him.

She started spiralling into the world of being a stalker-fan when she realised that merely listening to the songs could not satisfy her, and she craved for interaction.

Read Also
Korean Air to raise refund fees after K-pop fans get the picture, then get off the flight 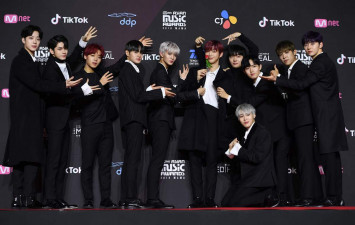 It was then that she met other fans who would chase the idols to restaurants, cafes and concerts that they would go to.

Their day-to-day schedules involved her waiting at cafes outside the idol's entertainment company and finding out where the celebrities would be filming at, just to catch a glimpse of her favourite idol.

She mentioned that she lived this life for about a year and a half, even taking a break from school just to focus on stalking.

Fortunately, it took a dating scandal that her idol was involved in for the fan to come to her senses.

While fans like her are capable of recognising their own wrongdoings, entertainment companies have had to resort to taking strong action to deter stalker-fans, like blacklisting those who just won't stop.

Unfortunately, it is only when these fans end up doing something criminal that police are able to step in. 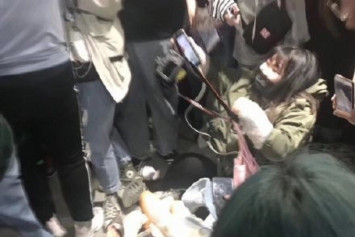 Recently, SM Entertainment announced that a pair of sasaeng fans were arrested when they tried to break into EXO member Chanyeol's studio earlier this year.

The ex-sasaeng also mentioned that such acts would end up weighing heavily on the heart instead.

Ending off with a warning to anyone who thought about being an obsessed fan, she said, "No matter how much money you spend following that person, nothing changes."

"What doesn't work, will never work."

#K-pop #Social media #In Case You Missed It