Mariah Carey is set to release her first children's book The Christmas Princess.

The 52-year-old superstar — often dubbed The Queen of Christmas thanks to the enduring love for her mega-hit All I Want For Christmas Is You — has announced she is releasing a fairytale book later this year.

Alongside the cover which features a mini Mariah, she wrote on Instagram: "The Christmas Princess is a fairytale for holiday lovers of all ages! Little Mariah represents my inner child believing in her own vision, she represents all children, especially those who feel like outsiders or 'others', striving to believe in themselves.

"It was empowering to transform my childhood turmoil into a modern classic fairytale full of wonder and boundless hope."

The story has been co-written by Michaela Angela Davis, whom Mariah teamed up with for her 2020 tell-all memoir The Meaning Of Mariah Carey.

It features illustrations by Fuuji Takashi and will be published via Henry Holt Books for Young Readers in autumn. 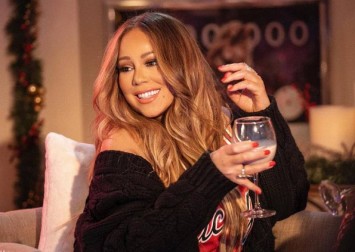 Meanwhile, it was recently revealed that Mariah is adapting her memoir into a TV series alongside director Lee Daniels.

She is planning to bring her life story to television via an eight-part series, and she's been collaborating with the writer behind the likes of Monster's Ball, Precious and Empire.

Asked if she would ever consider doing a musical in an interview in November 2021, Mariah said: "We did the book, And we are getting it together. I'm working with my friend Lee Daniels. And we are talking about the adaptation of my book. I would rather do that that's why we wrote the book first. Broadway is a great thing, I just want to do something."

However, she said a musical was less likely, noting the project was "probably" going to be a television show.

Mariah — who is mother to 10-year-old twins Moroccan and Monroe with her ex-husband Nick Cannon — said: "I need it to be gritty, grimy and beautiful, spectacular and real!"

In the book, Mariah was incredibly frank about her life, including detailing the abuse she witnessed as a child.

Her memoir read: "By the time I was a toddler, I had developed the instincts to sense when violence was coming. As though I was smelling rain, I could tell when adult screaming had reached a certain pitch and velocity that meant I should take cover."