Mark Lee's youngest child, Calynn Lee, has been admitted into a hospital in Hong Kong after suffering a case of stomach flu (acute gastroenteritis).

In a post uploaded on Instagram on Tuesday (Feb 26), Mark's wife Catherine Ng shared pictures of their daughter's condition and a summary of what had happened.

According to the caption, the mother-daughter duo was in Hong Kong to visit Mark who is there to scout locations for his new film.

Earlier this year, the actor-comedian turned film producer made his directorial debut in the form of Make It Big Big (玉建煌崇大件事), a reality comedy movie.

While Mark was in a meeting, Catherine and Calynn were on their way to have lunch when the five-year-old started vomiting.

The scene attracted the attention of many passers-by but sadly, only one lady offered her assistance.

"I was thanking her, cleaning (Calynn) up and calling my husband at the same time. This overwhelming feeling of panic is hard to put to paper," she wrote. 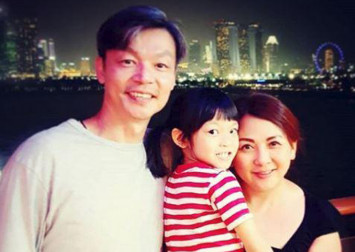 Thankfully, Calynn is now receiving treatment in Hong Kong's Princess Margaret hospital and can be discharged within a day.

Last August, it was reported that their youngest child had been diagnosed with glomerulonephritis, a rare medical condition in which the immune system attacks the kidneys.

Catherine subsequently set up a Facebook page, Cheers for Calynn Lee, to ask for advice regarding her medical condition.

In one post, the couple alerted the public to a scammer who was attempting to raise $200,000 by using a photo of Calynn lying in a hospital bed to seek donations.

Angered by the scam, they wrote: "It is immoral to cheat others. It's even worse to use a child's photo to do so."

In an article by The New Paper, the couple has said that they will be more careful when sharing personal information online.

"It never crossed my mind that posting her photo would create an opportunity for people to use it in a scam," the article quoted her as saying.