The 80-year-old lifestyle guru is mourning the loss of her beloved pussy, Princess Peony, after four of her hounds "mistook" the animal "for an interloper" and attacked her feline friend.

Sharing a photo of three men digging a hole for her cat's grave, Martha wrote on Instagram: "burying the beautiful and unusual Princess Peony. The four dogs mistook her for an interloper and killed her defenseless little self. I will miss her very badly. RIP beauty."

According to Martha's website, Princess Peony and her sister, Empress Tang, came to live with her in 2009 when they were just four months old.

The Martha Knows Best star previously spoke of the huge number of pets she's had over the years. 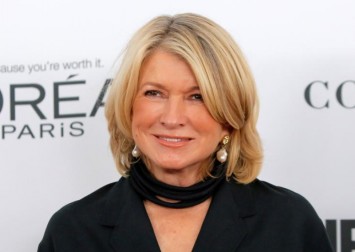 She revealed in 2020: "At least 20 cats, 25 dogs, 10 chinchillas, and scores of canaries and parakeets have lived happily in my homes."

"And two ponies, three donkeys, 10 horses, many sheep and goats, and hundreds of chickens, geese, turkeys, guinea fowl, quail, peacocks, and homing pigeons have populated my sheds, barns, and stables."

Martha hailed her pets as an "amazing group" and finds raising animals a rewarding experience, even though every creature needs handling differently.

She said: "Raising animals is serious business, and I try very hard to be a good owner to each and every one. Some respond in friendly ways, some are more aloof, and others don't make a show of knowing me at all. But I think they all understand that I care about their needs and recognise their problems."

"Each of my pets takes a great deal of attention, and some require more training than others. But the rewards far outweigh the effort."