Matt Reeves 'lining up more villains' for The Batman

The Batman will be released in 2021 with Robert Pattinson as the caped crusader and the director is hoping to include more of Batman's nemesis in the film as he plans to make a trilogy.

According to Forbes, The Joker, Two-Face and Hugo Strange and Robin are rumoured to be featuring in the film.

However, Batman's arch-nemesis will not be played by Joaquin Phoenix, who plays Joker in his upcoming origin film of the same name.

He said recently: "No. Definitely not.

"Oddly, in the States, comic books are our Shakespeare it seems, and you can do many, many versions of Hamlet.

"There'll be many more Jokers, I'm sure in the future." 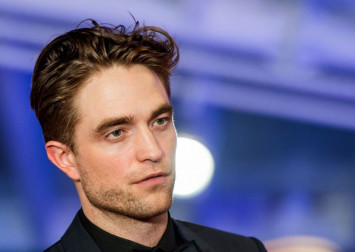 Jonah Hill is in talks to play The Riddler, whilst Rihanna is rumoured to be playing Poison Ivy.

Whilst Jeffrey Wright is also said to be in talks to play Commissioner James Gordon, the head of Gotham City police.

Meanwhile, Robert, who has taken over the cape from Ben Affleck, admitted that he was "upset'" when news of him playing Batman leaked early.

He said: "When that thing leaked, I was f**** furious. Everyone was so upset. Everyone was panicking from my team. I sort of thought that had blown up the whole thing."

Robert did admit they had been expecting worse from Batman fans after the news broke.

"To be honest, it was less vitriolic than I was expecting. It's much more fun when you're an underdog. There's no expectation of you."