'Maybe I expected too much of him': Darren Lim on managing his worries about homebody son

In the latest episode of the meWATCH variety show A Night Under The Stars, host and veteran actor Darren Lim discovered something new about his 15-year-old son Jairus.

Said the 49-year-old: "I was always worried that he'd be a homebody who only played games all day. If you were to invite him out to a cycling trip, for example, he'd be very unwilling."

But Darren still managed to pull Jairus out of the house to film A Night Under The Stars, where he revealed that his worries might be unfounded.

"Evelyn (Darren's wife) was telling me something the other day that really shocked me," Darren said.

"The first two years of Jairus' adolescence overlapped with the beginning of Covid-19. He was a complete homebody because he couldn't go anywhere!

"So maybe I expected too much of him. I expected that he would be interested in nature and outdoor activities."

Read Also
'I realised she didn't seem to need me anymore': Chen Xiuhuan learns to let go as daughter grows up 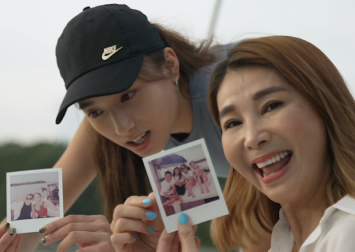 A Night Under The Stars is an episodic variety show where host Darren brings guest stars and their children out of their comfort zones for outdoor activities and heartfelt conversations.

This time, Darren brought his wife Evelyn Tan and sons Jairus, Way, 13 and Elliot, eight, as well as daughter Kristen, 17.

Chiming in, former actress Evelyn said: "Jairus loves gaming, but if you tell him that the family will be going out on a trip, then he will do his best to enjoy the activities."

A penchant for the outdoors isn't the only expectation that Darren has of his children, however.

"Darren is easygoing and wants his kids to be creative like him. He has an unrestrained and unconventional way of thinking," the 45-year-old said.

Darren understands that Jarius is different from the more outgoing personalities that he and his other son Way have, so he must manage his expectations.

He said: "I have to draw [Jarius] out slowly. Everyone has different personalities — he tends to be a bit of a homebody."