Mena Suvari reveals she was raped at 12, was 'victim of repeat sexual abuse'

Mena Suvari has bravely revealed she was raped at the age of 12 and was a "victim of repeat sexual abuse".

The actress shot to global fame when she was 20 due to her starring roles in teen comedy American Pie and drama American Beauty and although it seemed as though she was living out her dreams, Mena has now admitted she was "living a double life" trying to process the abuse she had experienced over several years.

In her new memoir The Great Peace: A Memoir - which is being serialised by People - she writes: "Between the ages of 12 and 20, I was the victim of repeated sexual abuse."

In the tome, Mena reveals she was raped by a friend of one of her older brothers - whom she refers to as "KJ" - despite her desperately trying to stop him.

She wrote that he pressured her to have sex with him after her family moved to Charleston, South Carolina, with Mena telling him: "No, I don't want to do that."

Her attacker then raped her in a private room at his family home.

She recalls: "Part of me died that day. He used me, had fun with me and then disposed of me. He called me a whore.

'I never got to have a healthy expression of [sex]. My choice was lost. And that, compiled with already not feeling seen and heard, established a concept that I would have of myself. That was my value."

Mena, now 42, then moved to Hollywood to become an actress at the age of just 15 but still blamed herself over the rape because she had "allowed it to happen".

Due to her feeling that she didn't have "any other options or was worthy of a life that was any different", when a manager she trusted then forced her to have a sexual relationship with him, she did not resist.

She said: "By this time my family had pretty much fallen apart.

"My mother had moved out and wanted to find herself and my father [who was much older] was in decline mentally and physically. I didn't feel like I had any other options or was worthy of a life that was any different."

Mena turned to the club scene and drugs to try and numb the emotional pain she felt.

She admitted: "I turned to any form of self-medicating I could find, just to get by. I was just trying to survive." 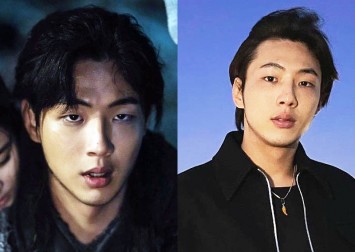 Then when she was 17, Mena met "Tyler" and embarked on a three-year relationship with him, however, he was sexually and emotionally abusive to her and forced her to have threesomes with other women, making her pick up girls from clubs.

Due to her past experience of men, she thought "this is how relationships are: the screaming, the name-calling, the abuse".

She was eventually saved from that cycle of abuse and self-destruction by her movie success, with American Beauty winning five Oscars. That success and recognition gave her the strength to leave Tyler and reclaim her life.

Mena met her husband Mike Hope in 2016 on the set of her Hallmark movie I'll Be Home For Christmas, with the pair getting marriedin August 2018 and having their son Christopher in April this year.