In the early 2000s, contractor Phua Chu Kang made many Singaporeans laugh with his onscreen antics and shenanigans.

However, Gurmit Singh — who rose to immense fame playing the larger-than-life character — decided to become a part-timer in 2014 to spend more time with his family, especially his three children. Gabrielle is now 25, Elliot, 21, and Mikaela, nine.

Speaking to AsiaOne during a recent interview, the 57-year-old said he felt like an "absent father" when he was a full-time actor with Mediacorp.

Believing he had to work to pay the bills, although the family was doing well financially, Gurmit consoled himself by thinking he was providing for his family but a part of him still "yearned" for family time.

In 2014, he told his children he wanted to become a part-timer, a decision which meant the family had to make some "sacrifices", including never being able to travel business class anymore.

"My eight-year-old son said, 'Father, if it means you are having more time with us then it doesn't matter.' I cried straight away, even now I feel like crying," said Gurmit. "It really shows he was waiting for me to find a way to be with him."

He added: "So now my life is about catching up with my children, trying to mend the bridges, build new bridges, trying to see their lives through while I'm still alive."

Gurmit is now in the Channel 5 drama Sunny Side Up, a series that explores Singapore's culture and various social issues. 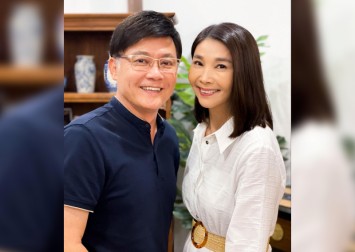 In the show, he plays Alex Rajendran, a father of two who marries Christine Tay (Gina Tan), a divorcee with three kids of her own. The union thus creates a new blended family where all seven of them have to learn how to live together under the same roof.

Gurmit said he and Alex are quite similar in terms of their parenting styles.

"Alex is very friendly, he's a peacekeeper and a peacemaker, which is what I am also, so I think that's where the accidental similarity is. Maybe the scriptwriter is a stalker, he knows what I do at home," Gurmit joked.

Filming Sunny Side Up as a part-timer is a lot easier on him and his family. He explained: "I can give them my constraints and they can work around my schedule and vice versa, so it's the best of both worlds."

Despite being brought up the "old-school" way (think cane, belt and feather dusters), Gurmit admitted he cannot bear to do the same to his children. Instead, he strives to be "the kind of father who is a friend first". 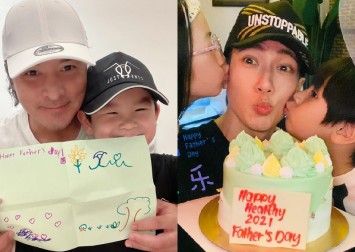 Gurmit shared an amusing anecdote where some parents at his daughter's school were a little shocked at how he allowed his daughter to walk in the rain.

"When she was little, we liked to walk in the rain and step into puddles. Some parents from her school went, 'Aiyoh Gurmit, your child is in the rain, she's getting wet!', as if there was a bomb or something. I just turned around and said, 'Oh sorry, my child is waterproof, it's okay,'" he recalled.

"I don't know why they got so scared and angry, there's nothing to worry about; I guess that's how I was different in that sense."

Sunny Side Up also stars Wang Yuqing, Chen Xiuhuan, Najip Ali and Siti Hajar. Catch it on Channel 5 and on meWATCH every Monday to Thursday at 7.30pm.

ALSO READ: Father's Day: These Singapore dads are killing it in real life and on Instagram