The 76-year-old actress understands why no one believed her daughter Dylan's allegations that the director molested her when she was just seven years old because she "admired" and "loved" him just as much as his fans did and she admitted she blames herself for what was alleged to have happened.

Speaking on the first episode of HBO docuseries Allen v. Farrow, Mia said: "That's the great regret of my life, that I wasn't perceptive enough. It's my fault. I brought this guy into my family. There's nothing I can do to take that away.

Mia already had seven children before meeting the Annie Hall director - who has always denied the allegations and never been charged - but initially kept her life as a mother separate from their relationship because the filmmaker, now 85, said he didn't want to be a father.

But in time, Allen "gradually" warmed to her children and in particular her adopted son Moses and eventually agreed to have a child, but after the Rosemary's Baby star failed to get pregnant, she brought up the possibility of adoption.

Mia recalled: "He said if I wanted to do that that it wouldn't ruin the relationship but that he wanted nothing to do with it. I thought, 'That's fair.' He knew the kind of children that I adopted that were all from different countries with different needs. 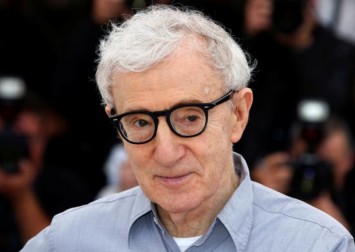 After adopting Dylan, Mia then fell pregnant with her son Ronan, and after his birth, Dylan claimed her father began showing "intense affection", which led to her hiding from him.

Mia said: "In time, what it became [that] was there was nobody but the two of them. He didn't want to see the other kids, he wanted to see her. She started running away from him. She started locking herself in bathrooms."

In the docuseries, Mia, Dylan and a family friend named Priscilla Gilman recalled Woody being in bed with his daughter in just his underwear, and urging her to "suck his thumb" on another occasion.

And when the actress confronted the Vicky Cristina Barcelona filmmaker about his treatment of their daughter, he got angry and she began to think she was "crazy". 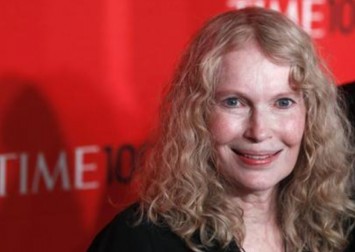 She said: "It was as if I'd accused him of being an axe murderer. I was crying and I apologised. And sometimes he would say, 'I honestly think you need help.'

"And I began thinking, 'I must be crazy. He can't be a paedophile.' I wanted to believe that he was not capable of what I feared."

The "floodgates opened" when a neighbour, psychiatrist Dr. Ethel Person, warned Mia she thought there was "something off" about the way Woody had greeted his daughter, and the director agreed to see a clinical psychologist. However, the psychologist told Mia he felt the behaviour was not sexual, though agreed it was inappropriate.

Allen and his wife, Mia's adopted daughter Soon-Yi Previn, did not participate in the series, although portions of the director's memoir, Apropos of Nothing, are included via audiobook.