Michelle Yeoh is in talks to star in Gold Mountain.

According to Variety, the new movie is set in 1850s San Francisco during the violent times of the Gold Rush and will tell the story of a canny widow who teams up with a girl she transports from China to con unsuspecting men, and together "overcome innate distrust" to form an everlasting bond.

The script was penned by Frances Ya-Chu Cowhig and is in development with Starlight Culture Entertainment Group - the Hong Kong and Beverly Hills based company who invested in last year's Crazy Rich Asians.

Read Also
She moved to Singapore, quit her lucrative job, acted in Crazy Rich Asians, and made her first movie at 36 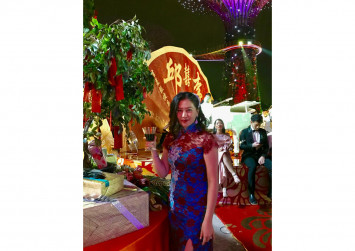 Announcing the project in a statement, Taylor said: "The film will touch on the epic history shared between the US and China. But at its heart, it is an intimate human story about two women contending with forces beyond their control.

"It explores how the confrontation between cultures can lead to violence but also to tender and deep connections."

Wu added: "I'm very excited to bring this shared history between the US and China to the big screen so that more audiences can learn how Chinese immigrants impacted that era."