Miley Cyrus' first kiss was with a girl

Miley Cyrus' first kiss was "with a girl in middle school".

The 26-year-old singer came out as pansexual to her mother when she was 14, and has said she had a hard time being accepted in her hometown of Nashville, Tennessee, because "no-one could understand" her sexuality, even after she shared her first kiss with another girl.

She said: "When I was a kid growing up, being from the South, and my first experience, my first kiss was with a girl in middle school. And no one could understand, in Nashville, saying that."

The 'Malibu' singer - who is now married to Liam Hemsworth - was always "supportive of [her] gay friends" during her time as a Disney Channel star on 'Hannah Montana', and says she was one of the only people with the network to speak out for "what mattered" to her. 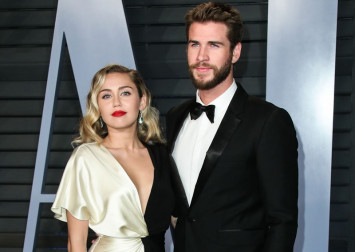 Speaking on the 'What's The Tea with Michelle Visage' podcast, she added: "So I had that relationship. And I was one of the only kids on Disney that would come out and say that I supported all my gay friends. No one would really say that, so that was always really important to me. To find what mattered to me."

Miley has opened up about her romances with women in the past, as she told Variety in 2016 that her "eyes started opening in the fifth or sixth grade."

She said: "My first relationship in my life was with a chick. I grew up in a very religious Southern family. The universe has always given me the power to know I'll be okay. Even at that time, when my parents didn't understand, I just felt that one day they were.

"My whole life, I didn't understand my own gender and my own sexuality. I always hated the word 'bisexual,' because that's even putting me in a box. I don't ever think about someone being a boy or someone being a girl."