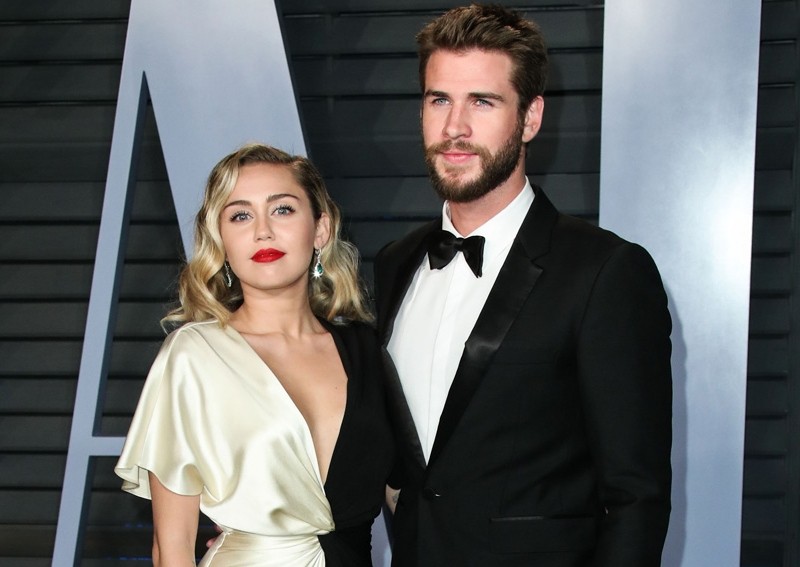 Miley Cyrus says she is "queer person" in a heterosexual relationship and she will not let her marriage to Liam Hemsworth change how she defines herself.

The 26-year-old singer started dating Liam, 29, almost 10 years ago after meeting him on the set of the 2010 movie 'The Last Song' and Miley considers her marriage to be "new age" rather than "old fashioned" because she is an openly pansexual woman who has a husband.

In an interview in the March issue of Vanity Fair magazine, Miley said: "The reason that people get married sometimes can be old-fashioned, but I think the reason we got married isn't old fashioned - I actually think it's kind of New Age. We're redefining, to be f***ing frank, what it looks like for someone that's a queer person like myself to be in a hetero relationship."

"A big part of my pride and my identity is being a queer person. What I preach is: People fall in love with people, not gender, not looks, not whatever. What I'm in love with exists on almost a spiritual level. It has nothing to do with sexuality. Relationships and partnerships in a new generation - I don't think they have so much to do with sexuality or gender. Sex is actually a small part, and gender is a very small, almost irrelevant part of relationships."

The 'Wrecking Ball' hitmaker tragically lost the home in Malibu that she shared with Liam during the California wildfire last year, and it was the devastation that the blaze caused which made them want to take the next step as a couple.

"My relationship is very special to me, it is my home. I feel less misplaced when we are in the same room, no matter where that is, but just because something changes in my relationship doesn't mean something has to drastically change in my individuality.

"What Liam and I went through together changed us. I'm not sure without losing Malibu, we would've been ready to take this step or ever even gotten married, who can say? But the timing felt right and I go with my heart."