Terry Jones directed some of Monty Python's most loved works.

Monty Python star Terry Jones has died at the age of 77 after a long battle with a rare form of dementia, sparking an outpouring of tributes on Wednesday.

"We have all lost a kind, funny, warm, creative and truly loving man whose uncompromising individuality, relentless intellect and extraordinary humour has given pleasure to countless millions across six decades," his family said in a statement.

They said the Welsh-born writer, actor, comedian and director died late on Tuesday at his home in north London with his wife at his side.

Jones directed some of the comedy troupe's most-loved works, including the 1979 movie "Life Of Brian", about a man mistaken for the Son of God, which sparked criticism from the Church.

Fellow Python Michael Palin, with whom Jones also collaborated on the cult series "Ripping Yarns", said his friend was generous, supportive and passionate and believed in living life to the full. 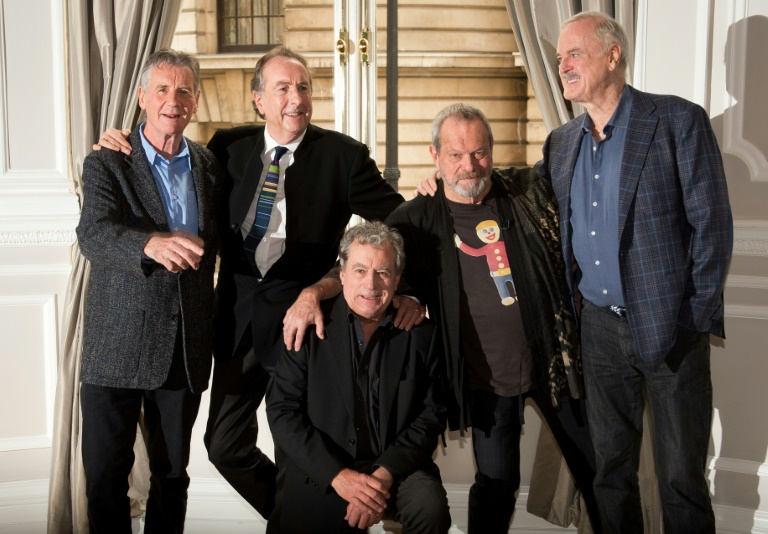 "He was far more than one of the funniest writer-performers of his generation," said Palin.

His second wife Anna and children Bill, Sally and Siri said he had fought an "extremely brave but always good-humoured battle" with frontotemporal dementia (FTD), which impaired his ability to speak.

They called him a "true polymath", adding: "We lived in the presence of an extraordinarily talented, playful and happy man living a truly authentic life, in his words, 'lovingly frosted with glucose'."

Born in North Wales on February 1, 1942, his family moved to Surrey, southwest of London, when he was four.

He developed an interest in mediaeval history while studying at Oxford University, where he joined forces with Palin.

Jones wrote books and presented medieval television programmes throughout his career, and was an expert on the works of Geoffrey Chaucer, the English poet and author of "The Canterbury Tales".

His college, St Edmund Hall, said it was "deeply saddened" at his death. "He studied English here, was an honorary fellow and donated over 700 books to the library. He will be sorely missed."

After Oxford, he starred in television shows like "Do Not Adjust Your Set" and wrote for David Frost before a meeting in a curry house in 1969 gave birth to Monty Python.

Jones and Palin teamed up with Cambridge graduates Graham Chapman, John Cleese, Eric Idle and US animator Terry Gilliam to discuss working together on a new BBC comedy. 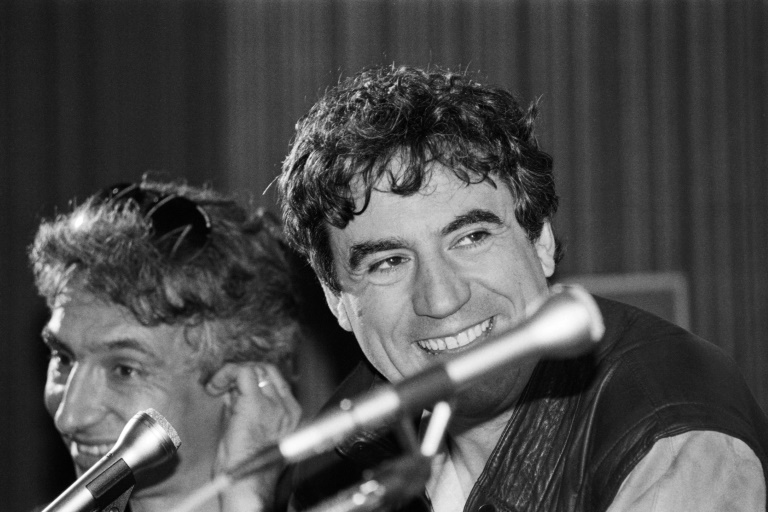 Terry Jones is pictured in Cannes in 1983 during the presentation of "The Meaning of Life". PHOTO: AFP

"Monty Python's Flying Circus" ran for 45 episodes over four series between 1969 and 1974 and the surreal sketch show broke the boundaries of TV comedy.

Jones co-directed "Monty Python And The Holy Grail" in 1975 with Gilliam, and was sole director on "Life Of Brian" and 1983's "The Meaning Of Life".

He also wrote the screenplay for the 1986 fantasy film "Labyrinth", starring David Bowie.

Jones is the second Python to pass away after Chapman died of cancer in 1989.

The remaining members took part in a reunion in 2014 which rapidly sold out 10 nights at London's vast O2 Arena.

The three-hour live stage show, which featured an extended cast of dancers, a full orchestra and special effects, delighted thousands of fans.

But in 2016 it was announced that Jones had been diagnosed with dementia.

Idle called him "our dear beloved brother Terry", describing his death as a "cruel and sad thing". But he added: "Let's remember just what joy he brought to all of us."

The official Monty Python Twitter account posted a black and white photograph of Jones bidding him farewell, signed by the surviving Pythons.

Cleese said: "It feels strange that a man of so many talents and such endless enthusiasm, should have faded so gently away.

"Of his many achievements, for me the greatest gift he gave us all was his direction of 'Life of Brian'. Perfection.