More Than Blue bulldozed its way through the China box office where it racked up 330 million yuan (S$66 million) over the weekend, a mere four days after its release there.

This is a huge feat for the Taiwanese romance film considering that it only opened in China theatres at 6pm on Thursday (March 14).

By the next day, the movie had exceeded the 100 million yuan mark at China's box office to hit a high of 240 million yuan. It even soared past its competition, Captain Marvel, which had just opened a week earlier.

The film also looks likely to unseat Taiwan's current box office champion in China, Our Times, which holds a record of 360 million yuan. Incidentally, the 2015 Taiwanese romantic dramedy took four days to be a card-carrying member of the 100 million club at the China box office, while More Than Blue only took two. 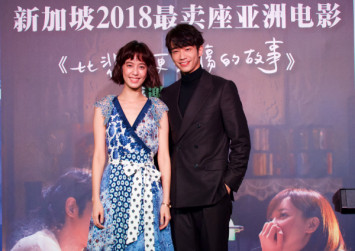 More Than Blue, produced by MM2 Entertainment (Taiwan), is a Taiwanese remake of the 2009 South Korean film and stars Jasper Liu and Ivy Chen.

Jasper plays K, a young man stricken with leukemia, who keeps it a secret from his love interest, Cream (Ivy).

The booming success of the Taiwanese film in the China market was rather unexpected, considering that March is a lull period for the box office and Captain Marvel alone was unable to turn it around.

Reports have suggested that the overnight success of the film could be due to TikTok, also known as Douyin - a media app for creating and sharing short videos.

The increasing influence and rising popularity of the app has caused many filmmakers to create official accounts on the app to promote their films. However, not many films have managed to go viral though the app.

Based on the current trend, subjects that relate to love and have the ability to evoke emotions appear to resonate strongly with users, and More Than Blue definitely strikes a chord on these two fronts.

The marketing team for the film also focused on creating a selling point that the female-dominated movie market identified with; and that is to "bring paper towels if you want to watch More Than Blue". In fact, it was even a trending phrase on Douyin.

Read Also
Jasper Liu sends love to 'goddess' Yoona and Puff Kuo, but who does he want to marry? 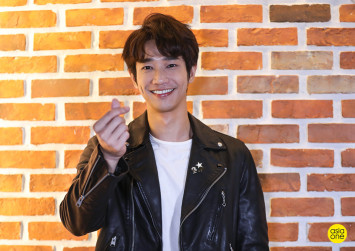 Aside from China, the emotional tearjerker has also seen overwhelming traction in the Asian box office. It earned over NT$230 million (S$10 million) in Taiwan and became the box office champion of 2018.

Since its December release in Singapore, it has earned almost $2 million at the box office and was crowned Singapore's top-grossing Asian movie of 2018.

The film also holds the record here of having the strongest opening weekend for a Taiwanese movie since 2016 - earning almost $167,000 from just eight screens islandwide.

It is still currently showing at Cathay Cineplexes.