Talking about your pay is always a sensitive subject as it can illuminate a lot of harsh truths, especially when you're peers at the same company.

In the latest episode of the meWATCH talk show Hear U Out, veteran host Guo Liang revealed his starting salary when he first joined Mediacorp (then known as Singapore Broadcasting Corporation or SBC) in 1994.

Unfortunately, that little tidbit of information didn't sit well with fellow host Quan Yi Fong who glared at him.

It started when the 52-year-old Guo Liang explained why he decided to come to Singapore. He said that in the early '90s, many young Chinese nationals wanted to travel abroad to see the world.

"It wasn't easy. They went overseas basically to work or to learn some languages," he said.

However, as a graduate of the Shanghai Theatre Academy, he saw an opportunity when SBC recruited male and female TV hosts in China.

He initially signed a two-year contract but decided to stay on because the work was satisfying, and the company continued to challenge him and recognise his work.

"I must admit our company has treated me very well. My salary kept rising," Guo Liang added.

His remark caused Yi Fong, 47, to raise her eyebrow slightly while her gaze narrowed and she gave him the side-eye.

Read Also
Why does no one dare to ask Guo Liang out? Here's what Quan Yi Fong has to say 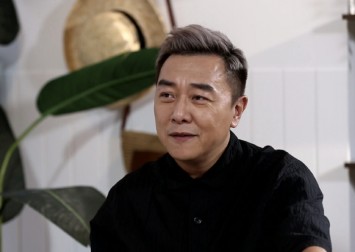 Without missing a beat, Guo Liang continued: "I was given the salary increases in recognition of my performance — don't glare at me. The 'downside' is, I never thought of resigning. There were no push factors."

Yi Fong shifted her posture and immediately threw a look towards the camera before staring down in, what we think is, mock disgruntlement while biting down on her bottom lip.

Then she looked up and said matter-of-factly: "Did you know I joined one to two years before you? [I earned] $980, before CPF deduction."

"I graduated with a bachelor's degree. I'm a professional," Guo Liang retorted, causing Yi Fong to break into laughter.

In all seriousness, this is a satisfying and fulfilling job for Guo Liang, and not once did he talk about the pay except when prodded.

He said: "I feel so fortunate to be working in an industry that constantly offers so much excitement, and so many challenges and opportunities."

#Mediacorp #celebrities #Salary #hear u out