The 49-year-old supermodel is currently single after seemingly enjoying a short romance with Liam Payne, and has said that she finds dating hard because of the industry she's in, but isn't interested in looking for love right now.

She said: "For me, privacy is important to know each other, and I always worry that my job will not allow that, but I have ways. I was taught that by [former flame] Robert De Niro.

Despite not looking for a partner, Naomi does dream of having a family one day, although she's content with the "chosen family" she has found in the form of the young models she chooses to mentor. 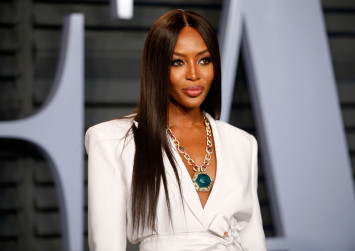 And Naomi also spoke about her previous battle with addiction, as she said she is a "survivor" of substance abuse, and is "grateful to God" for helping her through those dark periods in her life.

Speaking to WSJ magazine, she said: "I'm a survivor. I don't have a squeaky-clean life and I don't pretend to. I was the first to say that I was an addict, and I'm so grateful to God to be a recovering addict and a recovering alcoholic."

Meanwhile, the beauty called time on her romance with One Direction star Liam, 26, after just four months together, when she was said to have become "a bit bored" with their romance.

A source said: "Naomi has taken the decision to let things fizzle out. She's just not into Liam any more and has cast him aside. Quite simply she got a bit bored.

"He was always the more keen, slightly needy one and, as far as she was concerned, they were never officially an item anyway. It's always been very casual."