Naomi Neo: I lost my virginity because my friend lied she had done it

When we're young and impressionable, our friends tend to be the most influential voices — yes, even more so than our parents.

For influencer Naomi Neo, she said she was persuaded to lose her virginity to her first boyfriend because of her close friend.

Except, her friend wasn't being honest and Naomi had just "started attending secondary school".

On the latest episode of the meWATCH talk show Hear U Out, 26-year-old Naomi shared with local TV host Quan Yi Fong the events surrounding her first time.

Describing herself as naive, she said it was with a senior she was dating, who was also her first boyfriend.

"After dating for some time, he kept asking me if we could be more intimate. I was very scared and at a loss. I believed that if I didn't give in to him, he might leave me," she said.

She then asked a close girlfriend if she should do the deed. The friend claimed she had done it before and assured Naomi that she would be fine.

"Because of what she said, I thought that if something happened, I could turn to her," added Naomi. 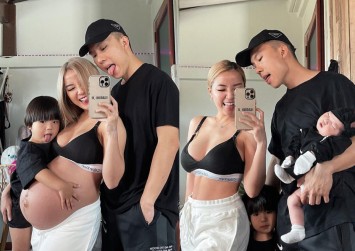 So Naomi went ahead with her boyfriend but after about half a year, she discovered that her girlfriend had lied to her.

Naomi said: "She lied because she didn't want to look ignorant and as if no boys had approached her before. Hence she cooked up the story."

To make matters worse, her parents found out about her sexual encounter. The boy had accidentally broken the lock on the gate while climbing over to sneak into her place and her parents questioned her about it.

She was flustered and insisted nothing happened, but her father checked her phone and discovered the text messages between them. He probed if they were intimate. When Naomi denied it, they threatened to bring her to the doctor for a check-up — that was when she came clean.

Due to this, her parents wanted her to transfer schools and the principal wanted to know why.

Read Also
Golden couple no more: NOC's Sylvia Chan versus Ryan Tan and others who aired their dirty laundry 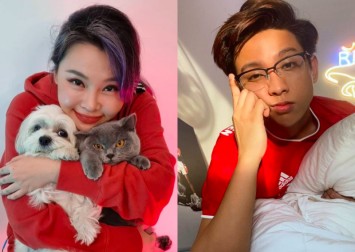 Though Naomi didn't elaborate on why the police were involved, it's possible that she was a minor at that time and hence, the sexual encounter was non-consensual by law. After all, she had just started secondary school when this happened.

Naomi added that many people caught wind of the incident even before she blogged about it and theorised that the boy must have leaked it.

She said: "If my memory serves me right — it happened more than 10 years ago — the boy told many people I seduced him and set out to trap him. He claimed I called the police to wreak vengeance on him. It wasn't the truth at all."

Plagued with bad memories from the incident, Naomi confessed to feeling "empty and unloved".

"I kept searching for the feeling of love. Before I found my husband, all my relationships lasted only a few weeks or months."