Naomie Harris claims A-list actor groped her, says it was ‘so shocking’ that no one came to her rescue

Naomie Harris says it was "so shocking" that no one came to her rescue when she was groped by an A-lister.

The No Time To Die actress previously claimed a "huge star" slipped their hand up her skirt during an audition early on in her career.

And in a new interview, the Bond star — who plays Eve Moneypenny in the blockbuster spy franchise — has admitted she can't believe the director and casting director of the unknown project did nothing to help her.

Speaking to The Mail on Sunday's You magazine, she shared: "What was so shocking about it was the casting director was there and the director and, of course, no one said anything because he was — he is — such a huge star."

The 45-year-old star insisted she is fortunate that she has only experienced one "#MeToo incident", but she remembered another occasion where someone was "immediately removed" after unacceptable behaviour on set.

Naomie added: "That was my only #MeToo incident, so I felt very lucky, given how rife that behaviour was. 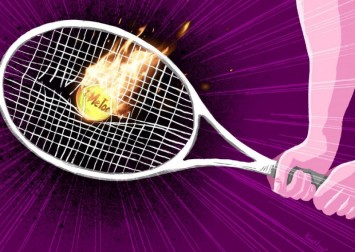 "I was on a project where there was a #MeToo incident and there was no hesitation, (the perpetrator) was immediately removed."

Naomie previously explained that she wanted to open up about her experience of sexual harassment in order to show how the #MeToo and Time's Up movements had changed the landscape in the movie business and given female performers the courage to expose this type of behaviour.

She said: "It wasn't a kind of decision where I was like, 'Now, I'm going to share my story because I had hidden it for so long...' It was a real celebration of the fact that I feel as though things have moved on so dramatically since when I first started in this industry. In my 20s, when that incident happened, I didn't feel there was anybody I could tell about it.

"I spoke to other actresses and my fellow actresses all experienced something of that kind… It was always expected. We were expected to kind of develop this resilience... Now, I know the culture has completely changed… Consequences happen. I'm really excited about the change."

#MeToo is an anti-sexual assault movement, while Time's Up is about equality for women.