Nas Daily draws 2,000 in first meet-and-greet since moving to Singapore

Popular vlogger Nas Daily made a public appearance on Saturday (April 20) for the first time since moving to Singapore on Wednesday.

Addressing a recent controversy over how he did not need a permit under the Public Order Act for the event, he said the fact that things were done above board here was a key reason for choosing the Republic.

The 27-year-old social media celebrity, whose real name is Nuseir Yassin, said: "The reason I moved to Singapore is because everything is so organised and streamlined. There's no 'who you know', there's no anything 'under the table'."

"In many countries that I've lived in, there's a lot of sh*t under the table. And I felt like it wasn't a fair game. And I believe that Singapore is a fair game," he told reporters ahead of his fan meet at the Botanic Gardens. 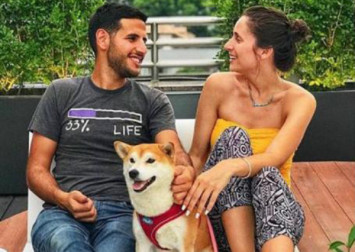 After Mr Yassin said on Friday that the necessary permits to hold the event had been granted, several commentators online queried if there were double standards being applied since he is a socio-political commentator and events to publicise a cause or campaign would require a POA permit.

The reactions prompted the police to respond to what they said were "false" claims. They clarified that such a permit was not required for a fan meet that was "a non-cause based event".

"It is a meet-and-greet event involving a media celebrity with his fans, and such events can be held outside of Speakers' Corner without a permit," it added.

Hong Kong University of Science and Technology professor Donald Low said on Saturday that the claims of double standards and unfairness by some people, including himself, had to do with the treatment of those seen as critical of the political establishment.

"Why aren't we treated with the same reasonable, non-presumptive (i.e. not presuming that we have an ulterior motive or a nefarious "agenda") and even-handed approach as Nas was?" he wrote on his Facebook page.

The response from the authorities misses the point. I don’t think any civil society activist is asking for Nas Daily to...

"In short, what's abnormal is NOT that Nas Daily has been permitted to have his event. Rather, it's the prohibitions and restrictions on the opponents (whether real or perceived) of the regime that are abnormal."

About 2,000 people turned up for the meet-and-greet with Nas and his girlfriend and fellow video blogger, Alyne Tamir, 28.

He had the crowd participate in his upcoming video about why he moved to Singapore, took suggestions on potential vlog topics, and asked if anyone could get him on board a ship to stay for a week.

Mr Yassin, a Palestinian-Israeli Harvard graduate who gave up his job as a software engineer at mobile payment service Venmo to travel and make videos, had announced last month that he would move to Singapore to set up a new company, the Nas Daily Media Company.

He gained popularity online by posting one-minute videos on Facebook under the page, Nas Daily, which now has 12 million followers. Several of them praised various aspects of Singapore, prompting speculation that he was sponsored by the Singapore government.

Nas has denied this, and said at the event he had seen "far too much" corruption in the world, and vowed to remain true to his views.

"Every time I see corruption, it pains me. I remember one day my Uber driver bribed the police in a West African country 25 cents to let us go, and I was so furious.

"You don't have to take my word for it, obviously, but in making 1,000 videos, 98 per cent of them I lost money on. So I know a thing or two about staying true and rising above the money. Because if I was for the money I would be someone who'd put up Coca Cola in my videos left and right."

He added that he had engaged an events company and a lawyer to take care of paperwork such as seeking a police permit for the fan meet and applying for an Employment Pass.

In August last year, he hosted his first spontaneous meet-up with his online followers, attracting at least 700 people to an area outside the Singapore Indoor Stadium on a day's notice.

In the crowd was Ms Afshan Fathima, 17,who said she was a fan and wanted to meet him in person.

"I thought he was even more jovial and engaging than in his videos, and I admire the way he shines light on other cultures and issues faced by the underprivileged," said the mass media management student from Nanyang Polytechnic.