Naya Rivera's family have remembered her "endless energy" on the first anniversary of her death.

The Glee star tragically drowned in July 2020 while out boating with her five-year-old son Josey - who survived the tragedy - and to mark one year since her passing, her family members have said they are keen on continuing her "legacy".

Speaking on Good Morning America, her mother Yolanda Previtire said: "I feel Naya's energy constantly telling me, 'Mom, be happy. Don't cry. I'm okay. Go get Josey. Have fun.' And I feel that it's coming from her.

"I would like my daughter Naya's legacy to be one that teaches people to love, to care. If something is not right, try to fix it or speak up. And to just live life. God has given you one life. You are your own person. Love who you are, because you don't get another life."

Her sister Nickayla added: "Taking that one day at a time and living it to the fullest, loving each other to the fullest, and not regretting anything. Because I know if we could go back, we'd hug a little bit harder."

And Naya's brother Mychal also gave a statement about his sister's passing, in which he said he hopes Naya will "continue to rest so graciously".

He said: "One year without you, one year closer to when we will meet you again. Your endless energy lives on. May you continue to rest so graciously, Naya."

Meanwhile, Naya's father George Rivera previously said the actress was "looking forward to so many things" in her future before her death. 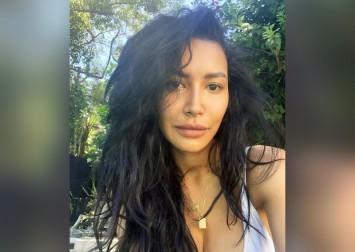 He said last month: "She loved being a mother and you could see the maturity and satisfaction that Josey brought. It was a good time for her.

"She was really looking forward to starting to record music again. Our relationship was really bonded around music. She was a pretty good writer and wrote a lot of poetry, but she didn't play any instruments, so we'd been looking for collaborators and we found this young group who she liked and who were good songwriters.

"I never cared if she was an actress. I'm a music guy, a former musician and frustrated disc jockey. I always wanted her to sing, record and, more importantly, write music. I was so happy about that upcoming trip, and so was she."