Tse's decision to renounce his Canadian citizenship comes in the wake of a crackdown by the Chinese authorities on the entertainment industry.

BEIJING - Actor Nicholas Tse, who was born in Hong Kong, has applied to renounce his Canadian citizenship, he revealed in an interview with Chinese state broadcaster China Central Television on Sunday (Sept 5).

"I was looking through the reviews of my recent movie Raging Fire when I saw that some were questioning my nationality, saying that I am a Canadian," Tse, 41, said.

The actor-singer, who entered show business when he was 16, clarified that he has always been a Chinese national.

"Whether it is food or music or action movies, no matter what kind of content or identity, I have always wanted to spread Chinese culture and spirit to the world," he said.

Bringing up the song Yellow Race, which he wrote more than a decade ago about Chinese history and pride, he said he had always felt a strong sense of national responsibility, with the feeling growing stronger as he matured. 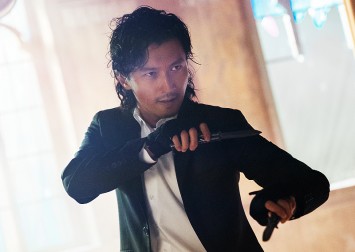 Tse's decision to renounce his Canadian citizenship comes in the wake of a crackdown by the Chinese authorities on the entertainment industry, with rumours swirling that stars who hold foreign citizenship might be blacklisted.

His father, veteran actor Patrick Tse, said that he was not aware of his son's decision but nonetheless supported it.

In a past interview, the 84-year-old iconic star said that he had applied for Canadian citizenship so that his children would not grow up spoilt with privilege due to having a famous father.

Nicholas Tse's management agency, Emperor Entertainment Group, said that it supported his decision, although it had not been informed until the interview aired. It is understood that the paperwork had already been submitted.