It was reported that she closed her Instagram account a day after her suicide attempt on July 29, but has now restored it and posted a stern warning.

The 27-year-old, who is a former member of popular girl group AOA, shared that she has read the statement from her ex-boyfriend (identified as Yoo), made her explanations, but she's still viewed as "the same old pathological liar, perpetrator, and the psychotic Kwon Mina".

"Many of you are probably sick and tired [of me] and are wondering why I am like this, right... Will you believe me if I say it's because it's so unfair... I am aware of my wrongdoings as well as my words and behaviour that have crossed boundaries... because when I saw Yoo's statement, my lips were itching [to speak]," she wrote.

Mina also clarified that she's not a mythomanic, nor does she have schizophrenia and bipolar disorder. Instead, she has severe depression.

She has also threatened to take legal action against malicious commenters who have spread false information in the wake of her suicide attempt.

"Due to the recent event that was more serious than ever before, there were many people who spread false information... My agency and I have already gathered a lot of information and screen-captured them, so don't even think of erasing them. Because they're your words that you were so confident about. I will just reveal what the truth is and what the false information is through legal action." 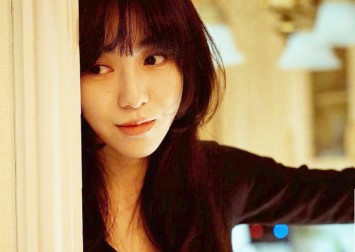 She added: "There will be no mercy shown to those who have commented on what kind of person I am, commented on why I keep repeating the same things, asking who made me speak up again after staying quiet for a while, and those who talked as if they knew everything despite not knowing the inside story.

"I am confident. If my words are lies and false, then sue me, like I am. I will keep going until I get rid of even the slightest bit of my resentment."

On July 29, it was reported that Kwon Mina attempted suicide. A friend was unable to contact her on the phone and went to her home to check on her. Mina was alive but unconscious, and sent to the hospital and treated for excessive bleeding.

She alleges that she had been bullied for 10 years in AOA and later revealed her tormentor to be the group's leader Jimin. Another member Seolhyun allegedly kept mum about the bullying.

Recently, Mina's boyfriend was accused of cheating on his then-girlfriend with Mina, which unleashed another round of criticism from the public.