'Not like Netflix is paying me a bonus': Squid Game creator Hwang Dong-hyuk has far less than $52 million in the bank

The creator of Squid Game is not as wealthy as the winning contestant on his TV show.

Hwang Dong-hyuk opened up about his underwhelming bank balance after the success of the survival drama, which has become streaming giant Netflix's biggest series ever - beating previous records set by Bridgerton - and it is far less than the £28 million (S$52 million) grand prize offered in the show.

The 50-year-old writer told the Guardian newspaper: "I'm not that rich. But I do have enough. I have enough to put food on the table. And it's not like Netflix is paying me a bonus. Netflix paid me according to the original contract."

Hwang remarked that making the show was "draining" and so stressful that he lost six teeth.

He said: "It was physically, mentally and emotionally draining. I kept having new ideas and revising the episodes as we were filming so the amount of work multiplied."

The inspiration for the show - which Netflix says has been watched by 142 million households and added 4.4 million subscribers to the platform - comes from Hwang's own personal experiences following the global financial crash in the late 2000s. 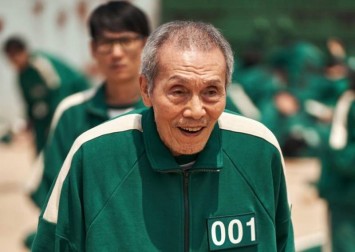 He said: "I was very financially straitened because my mother retired from the company she was working for. There was a film I was working on but we failed to get finance. So I couldn't work for about a year. We had to take out loans - my mother, myself and my grandmother."

Hwang also explained how reading comic books helped him to devise the hit show - which sees players desperate for cash put their lives at risk to win a huge cash prize.

He shared: "I read Battle Royal and Liar Game and other survival game comics. I related to the people in them, who were desperate for money and success. That was a low point in my life.

"If there was a survival game like these in reality, I wondered, would I join it to make money for my family? I realised that, since I was a filmmaker, I could put my own touch to these kinds of stories so I started on the script."

Hwang said that the show's anti-capitalism message was "not profound" and attributed the Covid-19 pandemic to showcasing economic inequality.

He said: "During the pandemic, poorer countries can't get their people vaccinated. They're contracting viruses on the streets and even dying. So I did try to convey a message about modern capitalism. As I said, it's not profound."