Not only Andy Hui: Jacqueline Wong's neighbour alleges actress had liaisons with 2 other men

Jacqueline Wong and Andy Hui have faced criticisms from the public after they were caught cheating on their respective partners, with each other, according to Taiwanese media.

There were also rumours that TVB actress Jacqueline has been blacklisted by the entertainment industry, with all her jobs halted.

Now, a source claiming to be her neighbour has revealed that Jacqueline is regularly visited by different entertainment insiders, one of whom is a band guitarist and the other, a radio DJ.

The neighbour claimed to have seen Jacqueline hold hands with the DJ and their interaction in the elevator was described to be very intimate. 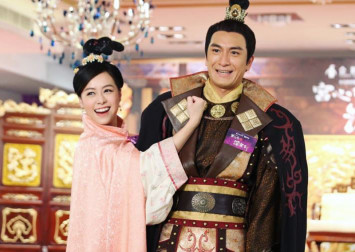 The neighbour also revealed that the guitarist often wears eyeliner and said that the band will be holding a concert soon, drawing wild guesses about the identities of the two.

Based on the neighbour's description of the guitarist, some speculated that it might be MJ (Quincy Tam) from the Hong Kong band "Mr.," who matches the description. Although he admitted to having known Jacqueline through a friend many years ago, he said both of them have never met up alone.

Meanwhile, the DJ is rumoured to be Sammy Leung, who had previously collaborated with Jacqueline on a show. However, Sammy stressed that he had never met with Jacqueline in private outside of work.

#scandal #Adultery/Affairs #celebrities #In Case You Missed It