SINGAPORE - Capitol Theatre was a sea of white on Sunday (Oct 14) afternoon as a thousand fans of late xinyao pioneer Dawn Gan attended a concert paying tribute to her.

Gan, who died last month at the age of 55, was a star in the days of xinyao, a genre of Singapore Mandarin folk-pop music popular in the 1980s and 1990s.

The singer behind iconic numbers such as Youth 123, Your Reflection and Water Tales, was known for her bubbly personality and sweet soprano voice.

This comes several days after another memorial concert, organised by TCR Music Station, was held at the Singapore Chinese Cultural Centre last Wednesday.

Liang, who wrote many of Gan's well-known songs, recalled: "She would practise her songs at my house. It was like a scene out of a literary novel."

Gan died in Hong Kong on Sept 22. She had been battling a rare form of cancer called synovial sarcoma since she was diagnosed five years ago.

In July 2014, she performed for a crowd of 2,000 fans at Bras Basah Complex for the xinyao documentary The Songs We Sang (2015) - in spite of having had a part of her lung removed as part of her treatment.

Gan was married to businessman Lawrence Chia, with whom she had three children.

Eldest son Matthew Chia said at the concert: "She was driven by her accomplished career but also found time to be there for the family... She was never a Tiger Mum, but she really defined what it meant to be a super-mum."

Film director Jack Neo, who worked with her when she played a mother in his movie We Not Naughty (2012), recalls that it took some persuading to get her to agree to be part of the film, adding that she "left us so soon.. she brought us so much joy".

Capitol Theatre was a full house on Sunday, and about a hundred others spilled over into Capitol Piazza to watch a live screening of the concert, which was also screened live on 96.3 Hao FM's Facebook page. The last tickets for the concert in Capitol Theatre were snapped up by around 3.30pm. The concert began at 4pm.

Retiree Lim Hek Eng, 73, who started standing in line with her friends as early as 11am, said: "In our eyes, she is forever Li Ming. Her songs sound good... She has made me more cheerful and listening to her music makes me feel younger."

"Even my (five-year-old) grandson likes her music," added fellow retiree Grace Ng, 69. "I rarely queue for things, but this was worth it even though I stood till my feet ached. I was so sad (to hear she had died), she was such a brilliant performer."

Housewife Joy Tay, 45, was there with her husband and eight-year-old daughter. Ms Tay, who sang Gan's songs to her daughter when she was a baby, adds: "She left us too soon."' 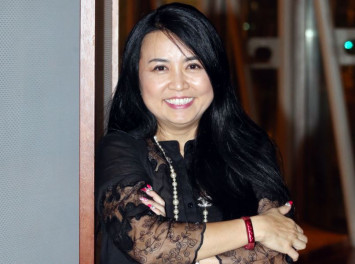 Senior Parliamentary Secretary for Transport and Culture, Community and Youth Baey Yam Keng and Education Minister Ong Ye Kung joined the singers on stage for the last song of the day, Our Class.

Mr Ong, who listened to xinyao growing up, told The Straits Times: "It (the music) reminded me of my growing-up years... The last song is quite poignant. It's a good reminder of how there should be a bit of laughter and a bit of sunshine in education."

Madam Lim said after the concert: "We were very touched (by the concert). She was very brave, I admire her. Even when she was very ill, she still had music in her heart."