Pamela Anderson has reportedly split from her husband.

The Baywatch actress is said to be filing for divorce from Dan Hayhurst in her native Canada, where the pair had been living since tying the knot on Christmas Eve 2020 following a whirlwind romance.

A source told Rolling Stone magazine: "Pamela loves as authentically as she lives."

The insider described the pair's brief relationship as a "pandemic whirlwind" which had petered out.

The following year, she wed Rick Salomon but their union was annulled, however, the pair wed again in 2013 but she filed for divorce in early 2015.

In January 2020, Pamela married Hollywood producer Jon Peters, but they split less than two weeks later and she insisted at the time their union was never legally binding. 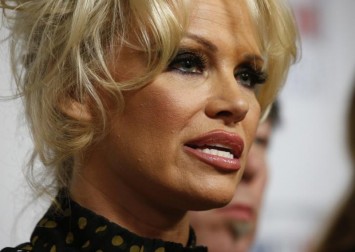 The blonde beauty is said to currently be staying in Malibu and spending time with her sons.

Shortly after she married Dan, the Barb Wire actress claimed it felt like they'd known one another far longer than they had.

She gushed: "I am in love. We were married Christmas Eve with both our families' blessing, everyone we know is happy for us.

"I was married on the property I bought from my grandparents 25 years ago, this is where my parents were married and they are still together. I feel like I've come full circle.

"I'm exactly where I need to be - in the arms of a man who truly loves me. This one year together has felt like seven - like dog years."