Local actor Tosh Zhang has apologised after being called out for discrimination.

On Wednesday, the 29-year-old was named an ambassador for this year's annual Pink Dot event, which aims to raise awareness of issues that impact the daily lives of lesbian, gay, bisexual, transgender and queer (LGBTQ) people.

The theme of this year's event is 'Against Discrimination'.

Yesterday, Facebook user Sarah Yip expressed her surprise at Zhang's appointment when she posted screenshots of some of his tweets from 2010 to 2013. 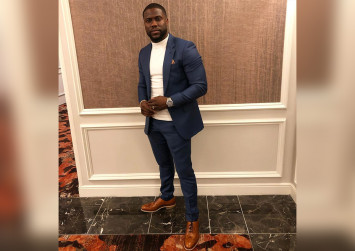 The tweets by Zhang, who also goes by the name Tosh Rock, made several discriminatory comments about LGBTQ people, including their physical appearance.

Pink Dot issued a statement yesterday calling his comments "homophobic and misogynistic". It said: "Tosh Zhang's tweets from 2010 to 2013 that surfaced today, just a day after we named him one of our Pink Dot 11 Ambassadors, are deeply distressing. The hurt and harm that such language can cause is all too familiar to us."

The statement added that Pink Dot is reaching out to Zhang to clarify his stand and discuss further actions.

In the post on Facebook, Ms Yip said she was not asking for him to be removed from his position, but that it was important for someone in his position to be held accountable.

Zhang, known for his role in the Ah Boys to Men series of movies, replied on her post, apologising for the tweets.

The Pink Dot event, which is now in its 11th year, is expected to take place on June 29 at Hong Lim Park.