Popular kid Jeffrey Xu once had dozens of people waiting outside school for him... to beat him up

Mediacorp actor Jeffrey Xu wholeheartedly admitted that he was a popular but rebellious kid in his school days.

Mediacorp actor Jeffrey Xu wholeheartedly admitted that he was a popular but rebellious kid in his school days and he definitely has some colourful tales of battle to show it.

On the latest episode of the meWATCH talk show Hear U Out last night (Sept 22), the 33-year-old said to host Quan Yi Fong: “By middle school, my rebellious streak had already started to surface.”

Because of his ability to play the guitar and sports, he thought of himself as a “legend on campus”, adding: "Some girls already liked me then.”

However, with great power came great backlash, unlike the famous Spider-Man quote, at least for Jeffrey.

“Sometimes there were dozens of students waiting outside for me after school,” Jeffrey seemed to boast, before revealing the kicker: They were actually there to beat him up.

Turns out that there was a girl who would often bring him up and “sing praises” about him in front of a boy from another school, and in true teenage fashion, the boy liked her and bemoaned the fact that she would only talk about Jeffrey.

Some “30-odd” students — believed to be connected to the boy — came to Jeffrey’s school and when they called out to him, his hands trembled with fear.

Read Also
Jeffrey Xu yelled at director who disrespected him, didn't have any dramas for over a year afterwards 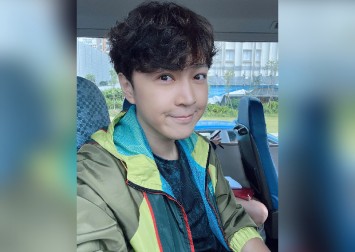 He recalled: “I looked to my left and right and the schoolmates who had come out with me had disappeared.”

With great bravado and a “reputation to defend”, the then-teenager went out to talk to the students.

“I thought to myself, ‘Dad, I wish you were with me! Help me’,” Jeffrey said, saying that his back was “drenched with sweat” by that point.

Though he didn’t fight anyone that day, Jeffrey recalled an even scarier situation from high school that seemed straight out of a Hong Kong triad movie.

Then, he was out ice-skating with a friend and the latter bumped into a girl while tying his shoelaces. The girl’s boyfriend was displeased with his friend’s apology and called upon others to confront the pair.

Jeffrey said: “Later, from across the street, we saw a huge number of people — they filled an entire staircase.

Read Also
'Many things that were shown in TV dramas, I witnessed in real life': Brandon Wong learnt how to play villains from working in nightclub 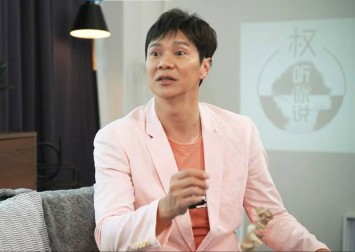 “It was like a scene out of Young And Dangerous. [They shouted,] ‘Brothers, attack!’ We were just like a swarm of ants, scattered by a drop of water.”

This altercation, however, did lead to a real fight, for Jeffrey’s friend at least. After hiding for an hour-and-a-half, the boys returned to the scene to see if the coast was clear but the instigator was still there.

While Jeffrey made a break for it and hid in a toilet all night, his friend was unlucky and was hospitalised after a beating, Jeffrey discovered upon returning to school.

He said: “The next day, all the boys in class were absent … and all of us were punished.”

While it was not mentioned in the episode, it appeared the attackers were his classmates.

From his wild teenage years to where he is now — a successful actor recently engaged to former Mediacorp star Felicia Chin — it seemed like this harrowing incident marked a turning point in his life.

After the collective punishment they received, Jeffrey said that the boys in his class didn’t dare to start fights again.

ALSO READ: 'I'd always felt like a transient guest': Jeffrey Xu moved out of Bukit Timah bungalow to live like the masses because of Felicia Chin