Prince Charles has visited the set of Bond 25.

The Prince of Wales took a trip to Pinewood Studios on Thursday (June 20) to visit the set of the upcoming 25th instalment of the suave spy franchise, where he met with lead actor Daniel Craig as well as Ralph Fiennes, who plays M.

Clarence House confirmed Charles' visit in a tweet which read: "The Prince of Wales today toured the James Bond set at @PinewoodStudios, the home of the new film #Bond25.

"Actors Daniel Craig and Ralph Fiennes, who plays 'M' in the films, gave HRH a peek inside his character's office. (sic)"

The 70-year-old royal - who is married to Camilla, Duchess of Cornwall, and is father to Prince William and Prince Harry - also met with actresses Naomie Harris and Lashana Lynch, as he watched scenes being filmed. 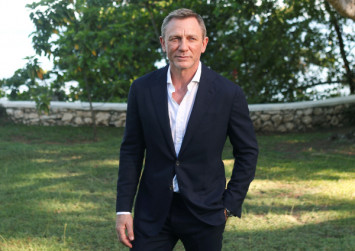 A second tweet read: "Joining actors @NaomieHarris and @LashanaLynch on the set of #Bond25, The Prince watches a scene being filmed on monitors. (sic)"

Pinewood Studios also confirmed the visit when they quoted the first tweet from Clarence House, and said they were "delighted" to have welcomed the royal to the set of the hotly anticipated movie.

They wrote: "Delighted to welcome back HRH The Prince of Wales to the Studios, this time for a visit to the set of #Bond25 @007 (sic)"

The visit from Prince Charles comes just days after Daniel Craig returned to filming after injuring his ankle and having to undergo "minor" surgery and two weeks of rehabilitation when he slipped whilst shooting a running scene for the action blockbuster on location in Jamaica.

The Hollywood hunk was reportedly flown to the US after the fall so he could be examined by the same surgeon who has treated England and Tottenham Hotspur striker Harry Kane.

The official Twitter account for 'Bond 25' released the statement at the time reading: "Daniel Craig will be undergoing minor ankle surgery resulting from an injury sustained during filming in Jamaica.

"Production will continue whilst Craig is rehabilitating for two weeks post-surgery. The film remains on track for the same release date in April 2020."