The Duke of Cambridge watches the #EURO2020 match between England and Czech Republic at Wembley Stadium, on June 22, 2021

Prince William has been left "sickened" after England players were racially abused online after losing to Italy in the Euro 2020 final on Sunday (July 11).

The Duke of Cambridge blasted the "abhorrent behaviour" of those who had bombarded Bukayo Saka, Marcus Rashford and Jadon Sancho - who missed their penalties in the deciding shootout - with vile slurs and offensive emojis.

William - who is president of the Football Association (FA) - tweeted: "I am sickened by the racist abuse aimed at England players after last night's match.

"It is totally unacceptable that players have to endure this abhorrent behaviour.

"It must stop now and all those involved should be held accountable."

He said: "It's just not what we stand for.

"We have been a beacon of light in bringing people together in people being able to relate to the national team, and the national team stands for everybody, and so that togetherness has to continue.

"We have shown the power our country has when it does come together and has that energy and positivity together.

"Everybody has to remember when they support their team that they also represent England and should represent what we stand for.

"We have had a positive effect on lots of areas of society but we can't affect everything - other people have responsibilities in those areas. We have to work collectively to constantly improve those things."

The FA had earlier spoken out and insisted those leaving racist comments were "not welcome in following the team". 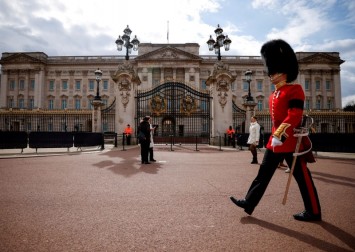 A spokesperson said: "The FA strongly condemns all forms of discrimination and is appalled by the online racism that has been aimed at some of our England players on social media.

"We could not be clearer that anyone behind such disgusting behaviour is not welcome in following the team. We will do all we can to support the players affected while urging the toughest punishments possible for anyone responsible.

"We will continue to do everything we can to stamp discrimination out of the game, but we implore government to act quickly and bring in the appropriate legislation so this abuse has real life consequences.

"Social media companies need to step up and take accountability and action to ban abusers from their platforms, gather evidence that can lead to prosecution and support making their platforms free from this type of abhorrent abuse."

The Metropolitan Police confirmed they will be investigating the abuse.