Darren McGrady worked at the British monarch's London residence between 1982 and 1993, and admits that the living arrangements resembled that of Julian Fellowes' period drama, as male and female staff were segregated.

Speaking to Insider, the 58-year-old chef said: "I had a room at the palace. When I lived there, it was roomed very much like a show called Downton Abbey.

Darren explained that staff would find themselves in "serious trouble" if they were caught breaking the rules. 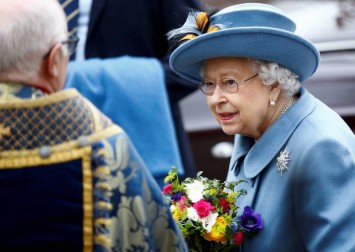 He explained: "If you were a chef or a footman and you were trying to sneak up to the housemaids' floor and you got caught, you were in serious trouble. Everyone was segregated, it was the done thing.

"We were part of the Victorian era. You couldn't even begin to imagine single males and single females being on the same floor together."

McGrady also compared living at Buckingham Palace to a hotel as they are provided with meals and have their rooms cleaned.

He said: "Being a servant there, we had our own room but you never even made your own bed in the morning. Each floor had its own cleaning lady that would come in and make the beds, change the towels, give you soap.

"It was like a hotel, an institution. You can see why people stayed there for 30 years or more, because you were given everything you needed. What you were paid was just pocket money."