Queen Latifah says her parents helped make her "strong" by raising her without gender constraints.

The Girls Trip star has said she wasn't "separated with that boy-girl kind of thing" growing up as her parents were keen for her to get "tough", and thinks the lack of gender stereotypes in her upbringing is what's made her the person she is today.

She explained: "I think my parents really tried to make me strong at a young age. I was very fortunate to have both sides of the coin.

"I'm definitely a product of my parents. My father really made me tough in certain ways. He taught me how to fight. He put me in taekwondo classes. Everything my brother could do, I was included in. I wasn't separated with that boy-girl kind of thing."

And on top of her taekwondo lessons, Latifah's mother Rita - who passed away in 2018 - put her in dance classes as well as paying for her to learn the guitar.

She added: "My mother is the queen in me. Anything queenly about me is really from her. She smoothed out my rough edges.

"She put me in dance, even though I was the biggest girl in the ballet class. Guitar lessons for as long as we could afford them."

Latifa, 50, also believes her parents were "preparing" her for "the future as an African-American", and says the lessons they taught her have stuck with her. 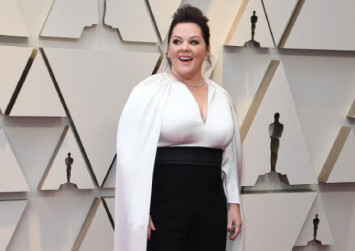 Speaking to People magazine, she said: "I didn't realise it at the time, but they were also planning the future for us as African-Americans. There were people like [author-poet] Amiri Baraka at my house - but I just thought that was Uncle Amiri. That was just the life I grew up in. They were preparing us.

"I keep people around me who can smack my hand when I do the wrong things and pat me on my back when I do the right things. Most importantly, they love me and know me.