Recap and explainer of Moon Knight's finale and post-credits

Here's a recap and explainer of Moon Knight's finale and post-credits scene.

Moon Knight has finally wrapped up its first and perhaps, only season, and the finale answered some lingering questions brought over from the previous episode, and gave some closure to the threat of Egyptian deity Ammit, along with his henchman, Arthur Harrow (Ethan Hawke).

It also created new questions, including what's next for Layla El-Faouly (May Calamawy), and will we see Jake Lockley again?

Here's a quick recap and explainer of Moon Knight's ending, and what we think the post-credits mean for the superhero moving forward.

Episode five broke our hearts when we saw Steven Grant (Oscar Isaac) sent to purgatory, along with his other personality, Marc Spector (also played by Isaac) in the Field of Reeds.

It sure looked like the end for Steven, and we grieved when we saw his dead body hit the water. But episode six saw Marc leave heaven to save Steven, and return back to Earth.

Marc is revived — once again by Khonshu, who has been freed by Layla — and he becomes the Egyptian God's avatar one last time, so that he can put a stop to Ammit and Arthur.

Instead of struggling to gain control, Steven and Marc are able to lean into each other's strengths and shift between Moon Knight and Mr. Knight when required. It's almost like a mental tag team and we love to see it! Growth!

Layla also joins in the fight as she agrees to temporarily be an avatar for Tawaret. Powered with armour, wings and swords, Layla fully takes on the mantle of Scarlet Scarab, and is absolutely badass.

Although she said she will be Tawaret's avatar for one time, and one time only, she seemed to really enjoy and embrace Tawaret's powers, and even empathetically responded yes when a little girl on the street asked her if she is an Egyptian superhero.

We then see Ammit and Khonshu have a full-on kaiju battle by the pyramid whilst Moon Knight and Scarlet Scarab work together to bring Arthur down.

The heroes, with a bunch of other Egyptian Gods, finally manage to bound Ammit into a half-dead Arthur and the chaos stops.

Khonshu instructs Marc to kill Arthur and put a stop once and for all but Layla begs him not to — a moment seen in the Moon Knight comics. Marc tells Khonshu off and spares Arthur.

By the end of the episode, Marc claims he is done doing Khonshu's bidding and it seems like both he and Steven are finally free. They return to Steven's apartment, even got an extra goldfish, and are seemingly comfortably co-living together.

The post-credits later see Arthur in a psychiatric institute before being wheeled away by a mysterious man. Viewers aren't shown who the man is but one can gather that he speaks Spanish, and is dangerous as he wheels Arthur past a litter of dead bodies before throwing him into a limo.

Arthur sees Khonshu and laughs at first, because Khonshu can't physically hurt him or Ammit, but later gets shot dead by the mysterious man introduced as…. Jake Lockley, again played by Isaac.

In the comics, Jake Lockley another dominant personality co-existing alongside Marc and Steven, and is a shabby cab driver with a criminal element.

Whilst Steven represents a lighter, more carefree version of Marc, Jake is the worst of Marc. He's a violent psychopath with no qualms about carrying out Khonshu's will. In fact, the petty stomping at Arthur's wheelchair in the episode shows that he might even enjoy violence.

Fans have been wondering when Marc's violent alter Jake will appear in the series, especially since numerous scenes throughout the series have hinted that it's not just Steven and Marc in one body.

Oftentimes, when Marc blacks out, we safely assume that it's because Jake has taken over and this post-credit scene somewhat confirms it.

So, we finally see Jake — what now?

After completing his three-picture run as Poe Dameron in theStar Wars universe, Isaac was hesitant to join yet another large franchise and negotiated a contract that only binds him to six episodes of what is effectively a limited series.

Now that all six episodes are out, Isaac is done with the role, so unless Marvel announces a second season, it is likely fans won't see Moon Knight in a serialised format again.

That said, there are other ways fans may see him and Layla/Scarlet Scarab once more. Just like how characters that debuted on the big screen can make an appearance in the Disney+ series, ala Yelena Belova (Florence Pugh) in Black Widow and Hawkeye, there is a possibility that fans will see the titular character and Layla in other movies as well.

How they appear remains to be seen but if fans want to see more of these characters, we are sure Marvel won't deny them.

Despite Layla only offering her body up to Tawaret once, it is possible that she will continue being her avatar. Whilst accepting Tawaret into her body, the Hippo-looking Goddess casually mentioned how Layla's dad will be so proud of her.

It could be that Layla will continue being Tawaret's avatar so that she can still somewhat communicate with her dead father. Or that she has developed a knack for superhero-ing. Perhaps even both! 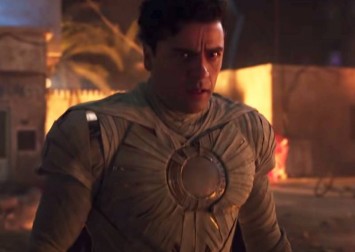 Plus, Calamawy looks absolutely badass and natural as Scarlet Scarab. It would be a shame to not see her helm the mantle once more.

Introducing a third alter-ego that fans have been wanting to see and then not delve into it would be downright rude! Jake complicates things, especially for Steven and Marc who probably believe that they are free from Khonshu's grasps.

It would be interesting to see how long Jake can keep going without Steven and Marc finding out. And once they do, how they choose to reconcile with the fact that they're still doing Khonshu's bidding.

In all, there's a possibility that fans can see these beloved characters once again sometime in the distant future, and if not, fans can at least be at peace knowing that for the first time in a while, we've got proper closure at the end of Disney+ series.