Robert Downey Sr. has died at the age of 85.

The actor and filmmaker - who is the father of Iron Man star Robert Downey Jr. - passed away on Tuesday (July 6) at his home in New York City after a battle with Parkinson's disease, his son confirmed on Instagram on Wednesday.

Robert Jr. wrote alongside a throwback picture of his father: "RIP Bob D. Sr. 1936-2021… Last night, dad passed peacefully in his sleep after years of enduring the ravages of Parkinson's… he was a true maverick filmmaker, and remained remarkably optimistic throughout. According to my stepmoms calculations, they were happily married for just over 2000 years.

"Rosemary Rogers-Downey, you are a saint, and our thoughts and prayers are with you. (sic)"

Robert Sr.'s wife Rosemary Rogers-Downey was at home with the Boogie Nights star when he died.

The Hollywood icon - who was known for directing breakthrough anti-establishment classic films such as Putney Swope and Greaser's Palace - had been battling Parkinson's for more than five years.

Robert Sr. stayed away from the spotlight as much as possible, but previously spoke about the difficulties of being in Hollywood when talking about his son's struggle with fame. 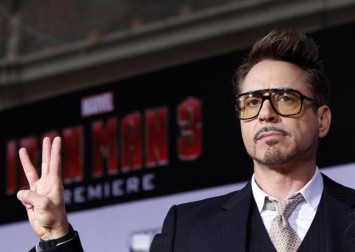 The Magnolia actor also previously confessed to being addicted to cocaine at the height of his career, and stopped after being confronted by his wife and his son.

He explained: "Ten years of cocaine around the clock. I didn't beat it until '81, until my late wife gave me an ultimatum. I officially quit in front of my son. He keeps reminding me about it. I tell him, 'If it made such an impression on you, then why can't you do the same thing?'"

Robert Sr.'s most recent film project was 2011's Tower Heist, while his final directorial role was the 2005 documentary Rittenhouse Square.