Roxanne Tong, who replaces Jacqueline Wong in TVB drama, has to shed 4.5kg

Roxanne Tong (right) will replace Jacqueline Wong, whose scenes in drama Forensic Heroes IV have to be reshot following Wong's hanky-panky with singer Andy Hui in a taxi.

HONG KONG - Roxanne Tong is shutting out any nasty talk about her benefiting from her good friend Jacqueline Wong's misfortune.

Tong, 32, has been picked to replace Wong, 30, whose scenes in police procedural drama Forensic Heroes IV have to be reshot following Wong's hanky-panky with singer Andy Hui, 51, in a taxi.

Tong is also ignoring comments that she was not the first choice to portray the character.

Saying that it would be stupid for her, career-wise, to turn down opportunities from her TVB employer, she is aware that good roles are hard to come by and that "I won't concern myself" with distractions. 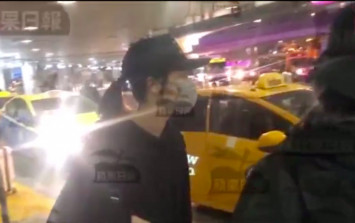 Forensic Heroes IV, touted as one of TVB's major productions to mark its 52nd anniversary this year, is slated to be shown in Hong Kong and mainland China in November.

The reshoot will reportedly cost $1.7 million.

According to the on.cc portal, the producers want Tong to slim down for the role, asking her to shed 4.5kg by June 1.

The actress is optimistic over hitting the target, resorting to a new diet, exercise and massage.

Joking that she might be able to document her weight-loss journey in a book, Tong said, for now, there is a heavier responsibility to discharge.

She is catching up on past episodes of Forensic Heroes to prepare herself for the role.

Wong is now in the United States to reportedly pursue acting and directing studies.