Netflix's Magic: The Gathering animated series was first announced in 2019.

However, they departed amicably early in the process due to differences in their vision for the series.

The Magic: The Gathering animated series will boast an all-new storyline that elaborates on the lives of Planeswalkers.

The Planeswalkers are characters in the Magic: The Gathering world who can traverse across universes easily, and they tend to take on the roles of heroes and villains in the many storylines within the lore.

First released in 1993, Magic: The Gathering is originally a card game by Wizards of the Coast.

Now, almost three decades later, the game has blossomed into a universe with a highly rich and diverse lore for the creative team to draw from. 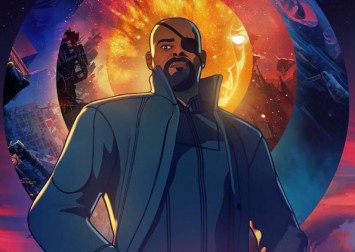 Given the Russo Brothers' experience and success in handling IPs with many charismatic characters sharing screen space, they were the natural choice to helm the project.

It is a pity for fans of the Russos who were eagerly anticipating the way they'd use the Magic: The Gathering IP.

Still, with the departure being frictionless, and with the Russos meeting Kline and being involved in the transition, the Russo touch might still be felt when the series airs.

With Kline's rich experience with animated series, it is definitely exciting to see how Magic: The Gathering will turn out.