MUMBAI - There will not be a clash of the titans.

Initially, guests who expected to be invited to the weddings of Indian movie superstars Deepika Padukone and Priyanka Chopra were worried that the dates of their celebrations would clash.

They did not want to seem as though they were snubbing either of the celebrities if they had to skip the event.

But it seems now that that concern can be put to rest, reported Hindustan Times. 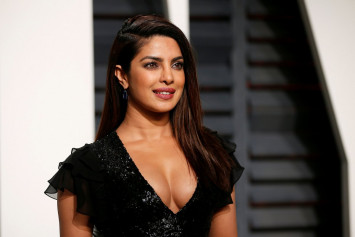 Padukone and actor Ranveer Singh recently announced that they would tie the knot on Nov 14 and 15. They have chosen Italy's Lake Como for their big day before hosting a reception in Bengaluru on Nov 21 and another in Mumbai on Nov 28.

This schedule will give guests intending to attend both weddings some breathing room, with Chopra's marriage to singer Nick Jonas rumoured to be set for Dec 2.

Other media reports have indicated that Chopra's mother has weighed in with requests for traditional rituals to be performed, with ceremonies slated for Nov 30 and Dec 1.

The couple are expected to say "I do" in Jodhpur's Mehrangarh Fort.