The former Talk star watched a video featuring a violently-shaking door handle in a hotel bathroom, in which spooky sounds could be heard, and she came up with a bizarre theory as to what was happening in the clip.

Speaking on The Osbournes Want To Believe, he said: "I do not know possibly what that could be, if not a ghost. The wind cannot do that."

And Sharon's husband, Ozzy Osbourne, admitted he was relieved not to be in the room at the time.

Despite her statement on seeing the creepy video, Sharon previously insisted she doesn't believe in either UFOs or ghosts and thinks it is "odd" that her son has such a strong conviction that life on other planets exists.

She said: "I always say the same thing with UFOs and ghosts. I don't not believe. But I need to see them myself. 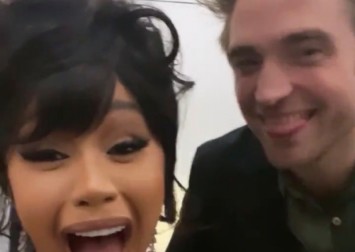 "Jack has been a believer in UFOs. It's very odd."

But the 68-year-old star admitted she and Ozzy encouraged their children to go hunting for the Loch Ness monster, a sinister creature believed to dwell in Scotland, despite there being no confirmed sightings.

She added: "We used to take the kids to Scotland to try to find the Loch Ness monster when they were little as they were really into the whole thing.

"Jack and Ozzy would go out to the loch at night and they had their torches, looking for the monster."