Simon Yam discharged from hospital, will cut down on public appearances

Actor Simon Yam, known for his easy-going ways in show business, will no longer say "yes" to most requests to interact with fans.

After his stabbing on Saturday (July 20) in Zhongshan in southern China, his management agency now wants the 64-year-old to be more selective over public appearances.

While security arrangements can be beefed up at such events, it feels that random attacks can never be totally prevented.

On Saturday, Yam was stabbed in the abdomen and slashed in the hand by an assailant who is said to be mentally unstable.

He underwent an operation in China before he was transferred to Adventist Hospital in Hong Kong where another operation was done to ensure the nerves in his fingers were not permanently damaged.

Yam, who is slated to be discharged from hospital on Wednesday (July 24), has tried not to let his misfortune affect his family.

Read Also
Simon Yam not taking action against man who stabbed him, transferred to normal ward 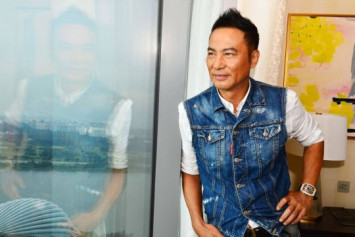 According to the on.cc portal, his wife, supermodel Qi Qi, said: "He tells me only good news and never the bad news. He doesn't want me to worry, so I hope that he gets well soon. I think it's not only family, but also his friends who are very worried.

"But everything is going fine."

Yam, true to his nice-guy image, is not going after the organisers of the event in Zhongshan for compensation.

His manager said the actor does not feel that the organisers were at fault over the incident, and that it was more important to help the attacker deal with his mental health.

The manager added that Yam's agency will take care of all his medical expenses.