On Monday (Dec 23), the 40-year-old posted a photo of herself with the certificate on Facebook, and wrote: "It was a big decision to drop everything and just go study. So it's said it takes courage to pursue dreams and I guess that's true.

"I've never been more excited with getting any cert. My nine months patisserie journey has been fulfilling and today's graduation is such a great way to end 2019!"

Aw caused a huge surprise in 2017 when she announced that she was not renewing her contract with Mediacorp and her management agency Hype Records-Artiste Network.

In June 2018, the actress moved to Bangkok and enrolled at the prestigious Le Cordon Bleu Dusit Culinary School, where she later completed her basic and intermediate courses.

Aw, who is known for roles such as the innocent Mo Jingjing in 2003 TV serial Holland V as well as mother Juxiang and daughter Yueniang in 2008 drama The Little Nyonya, made her directorial effort with The Last Entry in 2018.

Read Also
Buckle Up: Julie Tan won't be spilling her secrets so easily from now on, thanks to Jeanette Aw 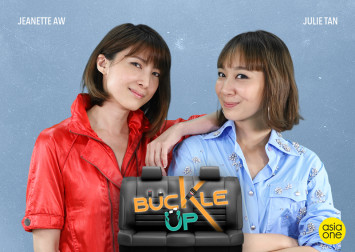 The short film depicts the final months between a daughter and a mother, who is suffering from the degenerative brain disease. Aw plays the lead role, with veteran actress Li Yinzhu as her mother.

She recently appeared in Eric Khoo's movie Ramen Teh (2018), which also starred Takumi Saitoh, Mark Lee and Seiko Matsuda, and is currently seen in Channel 8's new showbiz-themed drama, After The Stars. She has also produced her second film, Senses, and recently held an art exhibition in Japan.

It was a big decision to drop everything and just go study. So it’s said it takes courage to pursue dreams and I guess...