Singapore represent: The Sam Willows - and 22 others - makes Forbes' 30 Under 30 Asia list

After finding themselves on Forbes' 30 Under 30 Asia list, The Sam Willows have set themselves a higher target -- a Grammy award.

"We have always joked about wanting to win a Grammy," band member Narelle Kheng told AsiaOne on Wednesday (April 3).

Both Narelle and Jonathan Chua said that they feel incredibly honoured and humbled to have made the list alongside people they admire so much.

"It has relit the fire within us to work even harder," added Narelle.

Local pop darlings The Sam Willows have landed themselves a coveted spot on Forbes' 30 Under 30 Asia list.

The Sam Willows, made up of siblings Narelle and Benjamin Kheng, their friends Sandra Riley Tang and Jonathan Chua, are undeniably one of the most successful bands to emerge from our little red dot.

Upon knowing that they made the list, three out of four of the band mates expressed their excitement on Instagram.

The band broke into the local music scene in 2012, releasing their first mini album that same year. 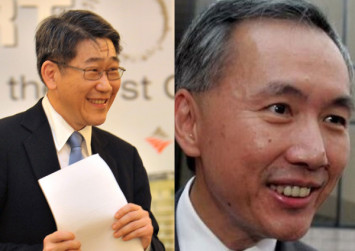 They slowly but surely captured the hearts of many with their first full-length album Take Heart in October 2015 and second studio album, I Know, But Where in July last year.

Aside from the quartet, 22 other Singapore names also scored a place on the annual list.

Team Singapore's national bowler Shayna Ng, photographer Charmaine Poh, and Park N Parcel's co-founder Erik Cheong are just some of the young stars of today and industry-leaders of tomorrow that we should keep our eyes on.