It's been 17 years since Taiwanese boyband 5566 graced our shores with their presence.

It's also been 17 years since they skyrocketed to fame as part of the cast for Taiwanese idol drama, My MVP Valentine.

But come July 6, we're about to revisit our inner teenage years because 5566 is returning to Singapore for their reunion concert, SINCE 5566.

The five-member group was dubbed Asia’s top boyband back in the 2000s and were famous for their hits like I'm Sad and Legend.

The members were also involved in other projects such as acting and hosting. 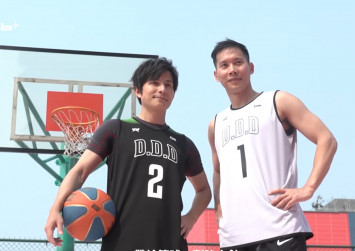 In 2008, the group disbanded but they officially reunited in October 2016 at the 51st Golden Bell Awards with three members - Tony Sun, Zax Wang, and Jason Hsu.

They kicked off their reunion concert, SINCE 5566, in Taiwan two months ago where they performed to a 10,000 strong crowd.

Now, they're going on tour with Singapore as their first stop.

SINGAPORE IS A SPECIAL PLACE

When Tony was in town for the Star Awards 2019, he told Lianhe Wanbao: "Singapore holds a lot of memories for 5566 and is a special place filled with our moments and stories.

"When we thought of bringing the reunion concert overseas, we knew that Singapore had to be our first stop as it was where we had our start."

And while the band has been away for quite some time, Tony still believes in the fans. He said: "We welcome our fans - both old and new - to come watch our performance.

"Singapore is filled with stories for us and we hope to invite everyone to our concert so we can all share in the joy."

However, one person who will not be joining for the concert is former member Sam Wang.

The last member, Rio Peng, had already left in 2003 following a serious injury.

Tony explained that everyone has their own perspective and plans.

He remarked: "(Sam) has his own plans and is very clear on the path that he should take."