The 39-year-old, with Mildred Iatroujob in sound production., picked up her second Oscar nod for Sound Editing for First Man. With Jon Taylor, Frank A. Montano and Mary H. Ellis, she got her second nod for Sound Mixing for the same film, giving her four Oscar nominations to date.

In an email interview, Lee says that "it is an honour to be nominated by my peers in the Academy for First Man and to be in such good company with the other nominees".

"I owe my nominations to our exceptional sound team and to (director) Damien Chazelle, whose brilliant film provided the opportunity for sound to help create the immersive and perilous world of Neil Armstrong's journey to the moon and back." 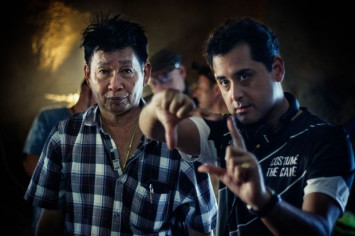 Its lack of Oscar acclaim compared with the laurels showered on La La Land is nothing to be upset about, she says.

"Damien Chazelle made a very immersive and intimate story about Neil Armstrong, we are very proud of the film we made," says Lee, who moved to Los Angeles at age 19 and began knocking on doors to land a job in sound production.