When Fish Leong was promoting her new album in September, she cried when she sang the song Slow To Cool Down.

Earlier, at the launch event in Taipei, she had admitted that the rumours that she had split up from husband Tony Chao were true.

Three months have gone by and it looks like the wounds have not completely healed, with reports that Leong, 41, is seeing a psychiatrist.

The Malaysian singer, who has many fans in China and Taiwan, is also seeking solace in reading as well as spending time with her five-year-old son Anderson and her mother, reported China Press.

She had kept quiet about the status of her marriage when news of a break-up first surfaced.

But Mr Chao, 44, had brushed off the talk then, saying that it was common for couples to argue. 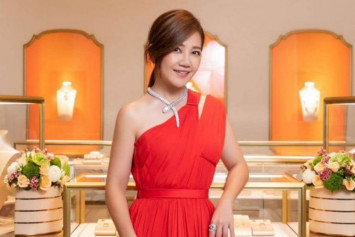 They married in 2010 and Leong, who reportedly used her money to support his business ventures, was said to be upset over his alleged womanising.

Now that she is single again, she is planning for a brighter future for herself.

She has signed up for performances in at least 60 cities for her tour next year.

"I will use my recent experiences and pour it back into music," she told reporters in November.

She had also posted that one must be "brave to face a problem" and that she had decided to come clean because she owes her loyal fans clarity about her life.

Meanwhile, Mr Chao has not been short of female company after the divorce.

Taiwanese media outlet Mirror Media reported that he was spotted at the home of a woman.

The two, plus another woman, Taiwanese celebrity Demi Lin, were also photographed holidaying together in Singapore.

He was said to have picked up the tab for Lin's shopping trips.