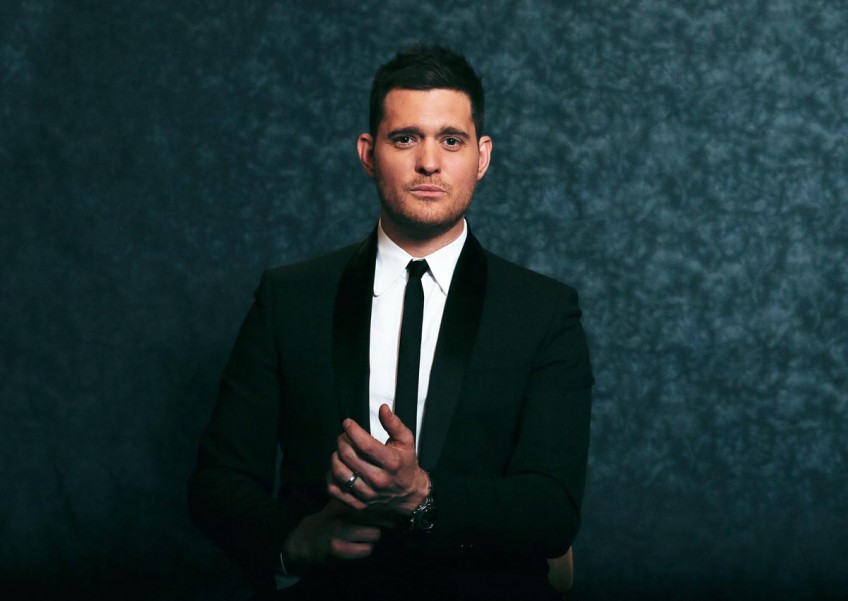 "This is my last interview," said the 43-year-old singer in a Friday (Oct 12) article. "I'm retiring from the business. I've made the perfect record and now I can leave at the very top."

Buble is a multiple Grammy-winner known for his smooth vocals on evergreens and hits such as Home and Haven't Met You Yet. He last performed in Singapore in 2015.

In November 2016, he revealed that Noah, then three years old, was diagnosed with liver cancer, and that he and his wife, Argentinian actress Luisana Lopilato, 31, were putting their careers on hold.

Noah is currently in remission. The couple has two other children, Elias, two, and Vida Amber Betty, who is only 11 weeks old.

The magazine described Buble as "very emotional" while recounting Noah's battle with cancer, which made him question the meaning of his music career.

"You just want to die," he said to Weekend, "I don't even know how I was breathing.

"My wife was the same and even though I was the stronger of the two of us, I wasn't strong. My wife was... I'm sorry, I can't make it to the end of the sentence... Let's just say we find out who we are with these things."

He added: "It's been such a difficult exercise. It hurts me, and it hurts to talk about Noah because it's not my story to tell, it's his.

"But my whole being's changed. My perception of life. I don't know if I can even get through this conversation without crying. And I've never lost control of my emotions in public."

He also said his son's battle with the disease made him realise how "stupid" he had been to worry about "unimportant things" such as ticket sales and what critics said about his music.

"I don't have the stomach for it anymore. The celebrity narcissism," he said.