K-pop singer Roy Kim was booked by police Thursday, charged with sharing an obscene photo in a group chat.

According to Seoul Metropolitan Police Agency on Thursday, police told Kim to appear for a police investigation after finding the photo in a group chat room with fellow entertainer Jung Joon-young and others.

Police, however, have not confirmed if Kim had taken the photo.

The 26-year-old singer shot to fame after winning the fourth season of TV music competition "Superstar K" in 2012. Kim and Jung are reported to have become close friends following their appearance on the programme together. 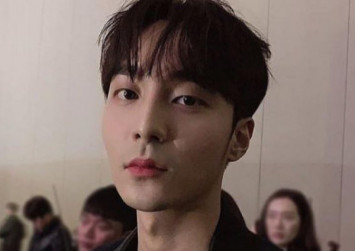 Jung and employee Kim's cases were sent to the prosecutor's office Friday.

According to police, Seungri, Jung and Choi shared illicit videos and pictures in 23 group chat rooms. Police added that singers Jeong Jin-woon, Kangin, Lee Jong-hyun and Yong Joon-hyung as well as model Lee Cheol-woo were also among those in the chat rooms.

Police said they have questioned Lee Jong-hyun and Yong, adding there are as of yet no plans to summon Jung, Kangin and Lee Cheol-woo.