Song Hye-kyo's heart now is in her work.

Barely a week after actor Song Joong-ki, 33, announced he was seeking a divorce from the actress, she turned up in China at a promotional event over the weekend for her sponsor - cosmetics brand Sulwhasoo.

Gushing over a photograph posted by Harper's Bazaar Hong Kong, netizens said Hye-kyo, 37, looked stunning, even if she must be suffering some emotional turmoil over the marital break-up. 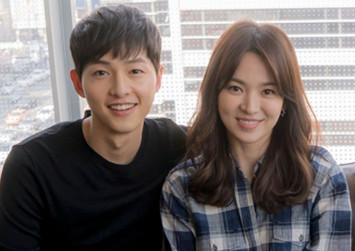 One netizen, krismaeonesa, noted: "Beautiful as ever. This is how you move on even when other people, especially those whom you thought are closest to you, try to bring you down."

Meanwhile, Joong-ki's father, who reportedly refused to step out of his house after news of the divorce broke, has texted acquaintances, saying his son will act honourably in settling the divorce proceedings amicably.

Joong-ki is also said to be taking refuge his work, being cast in science-fiction film, Victory, which has started shooting.